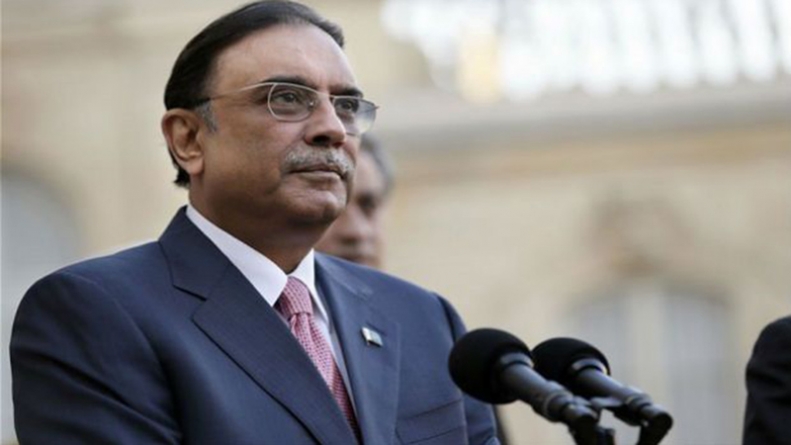 The Islamabad High Court has rejected an application seeking extension in the pre-arrest bails of PPP co-chairman Asif Ali Zardari and his sister Faryal Talpur in the fake accounts case. A two-member bench that had earlier reserved its verdict on their application announced the verbal order. Both Zardari and his sibling had left the court building before the verdict was announced.

The National Accountability Bureau (NAB) can now act on its arrest warrants against Zardari — which were apparently issued yesterday — after receiving the written court order, which is expected to be issued soon. Talpur, however, cannot be arrested as her warrants have not been issued as yet.

The accountability watchdog has constituted two teams for the arrest of the former president, DawnNewsTV reported citing officials. One team has been dispatched to Parliament House and another to Zardari House in Islamabad, officials said. It is pertinent to mention that according to National Assembly rules, no member can be arrested from within the precincts of the parliament without permission of the speaker. Zardari is an MNA. Zardari and Talpur have the option of appealing the IHC judgment in the Supreme Court.

The case relates to a transaction of Rs150 million to the PPP leaders’ private company through alleged fake bank accounts. Meanwhile, the PPP has called a consultative meeting to discuss the future legal options of Zardari and Talpur. According to sources, Zardari has called his legal team to the meeting to deliberate on whether to challenge the IHC judgement in the SC.

Earlier, when Zardari arrived at the court for the hearing, he was accompanied by his daughter Aseefa. Security measures around the court were tightened prior to the former president’s arrival. Additional Prosecutor for National Accountability Bureau (NAB) Jahanzeb Bharwana assisted the two-member bench comprising Justice Aamer Farooq and Justice Mohsin Akhtar Kayani

“Let a bail hearing remain just that, do not turn it into a trial hearing,” Justice Farooq said while telling the NAB lawyer to only mention any details missed during arguments rather than recapping the whole case. The NAB prosecutor argued that as per the standards set by the Supreme Court, bail cannot be granted in this case.

PPP workers gathered close to the court as prisoner vans were also brought to the site. PPP workers in Punjab have already planned a protest in case Zardari is arrested. The party planned blockade of all major roads of the Punjab capital by arranging workers’ protests there in case of arrest of the party’s co-chairman. A PPP worker, Azizur Rehman Chan, said that the protest would be “vigorous” as committees had been formed and duties assigned for each protest point.

Faisal Mir, another PPP leader, said that if Prime Minister Imran Khan managed to get Zardari arrested through the NAB, he would be laying the foundation for the removal of his government. A NAB officer investigating the fake bank accounts case had informed an IHC division bench last month that the investigation team of the case had sought approval from the NAB chairman for the arrest of Zardari and his sister.