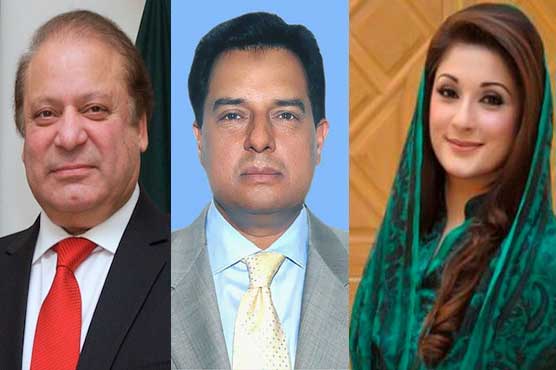 Justice Minallah read the judgment and suspended the sentences handed to the three by accountability court judge Mohammad Bashir on July 6.  Nawaz, Maryam and Capt (retd) Safdar were sentenced to 11 years, eight years and one year, respectively, in prison in the Avenfield properties reference. Ordering their release, the two-judge bench directed the former premier, his daughter and son-in-law to submit bail bonds worth Rs0.5 million each. The sentences will remain suspended till the final adjudication of the appeals filed by the petitioners. A large number of Pakistan Muslim League-Nawaz (PML-N) leaders, including Shehbaz Sharif, Pervaiz Rashid and Khurram Dastgir, were present in the courtroom and cheered as the judgment was announced.

Following the judgment, Senator Chaudhary Tanvir submitted bail bonds for Nawaz, Maryam and Capt Safdar at the deputy registrar’s office. According to jail officials, Nawaz, Maryam and Capt Safdar will be released today if the order is received prior to the expiration of lock-up time. Sources have informed Geo News that if the former premier, his daughter and son-in-law are released today, they will be taken to Lahore via a special flight. Earlier today, National Accountability Bureau (NAB) prosecutor Akram Qureshi concluded his arguments in the case. During Tuesday’s hearing, the bench had directed Qureshi to conclude his arguments within 30 minutes and said that a verdict will be announced today even if arguments are not concluded. After the NAB prosecutor concluded his arguments, Nawaz’s counsel, Khawaja Harris, presented brief arguments following which the court had reserved its judgment.