Water talks with Delhi to Resume on 29th in Lahore 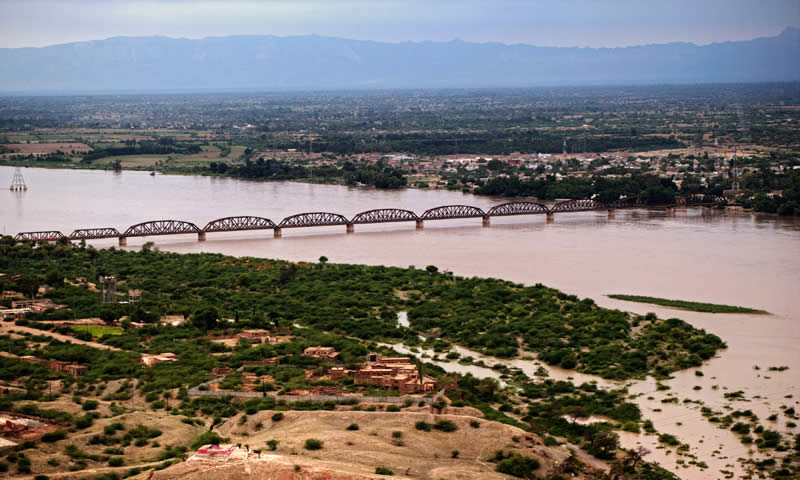 Pakistan will reiterate its serious objections over two controversial water storage and hydropower projects being built by India during two-day Pakistan-India Perma­nent Indus Commission talks scheduled for Aug 29-30 in Lahore.

A government official told Dawn that Indian Water Commissioner P. K Saxena, along with a delegation, was expected to reach Lahore on Tuesday to begin two-day discussions with his Pakistani counterpart Syed Mehr Ali Shah the next day.

The official said Pakistan would raise its concerns over 1000MW Pakal Dul and 48MW Lower Kalnai hydroelectric projects on River Chenab despite Islamabad’s serious objections over their designs. Pakistan has been raising reservations over the designs of the two projects and would like India to either modify the designs to make them compliant to 1960 Indus Waters Treaty or put the projects on hold until Delhi satisfies Islamabad.

The official said that the two sides would also finalise the schedule of future meetings of the Permanent Indus Commission and visits of the teams of the Indus commissioners. He said that the water commissioners of Pakistan and India were required to meet twice a year and arrange technical visits to projects’ sites and critical river head works, but Pakistan had been facing a lot of problems in timely meetings and visits.

The two-day session is also expected to discuss ways and means for timely and smooth sharing of hydrological data on shared rivers.

Both projects — Pakal Dul and Lower Kalnai —are on two different tributaries of Chenab river.

India had promised in March last year to modify the designs of two projects and address Pakistan’s concerns but in vain.

Instead Prime Minister Modi laid foundation stone of 1000mw Pakal Dul project in May this year to kickstart the project, without addressing Islamabad’s reservations. According to Indian media reports, the project’s completion is targeted within 66 months with a commitment to provide 12 per cent free of cost electricity to the occupied Jammu and Kashmir.

A former water sector official said that it was typical Indian style to build controversial projects in violation of the 1960 treaty as was evident from all previous controversial projects like Baglihar and Kishanganga. During execution of these projects, New Delhi engaged Islamabad in technicalities, but kept civil and side works moving for years until reaching the fait accompli stage, when challenged at international forums.

Pakistan has objections to pondage and freeboard of Lower Kalnai and pondage, filling criteria and spillway of Pakal Dul hydropower projects on Marusadar River – a right bank tributary of the Chenab.

Pakal Dul is a storage-cum-power project and can have gross storage of about 108,000 acre feet of water. The project design envisages it’s filling every monsoon season between mid-June and end-August.

Pakal Dul dam-cum-hydropower project is three times larger than Kishan­ganga Hydroelectric Project that, Pakistan believes, has been built in violation of the treaty. Islamabad is seeking international arbitration without success at the level of intransigent World Bank administration.

On the 48MW Lower Kalnai project, Pakistan has raised objections to its freeboard, pondage and intake and is of the view that the depth of bridge girder and provision of freeboard should be close to one metre and considers two-metre freeboard as ‘excessive’.

The Lower Kalnai project is on a left bank tributary of Chenab and can have gross storage of about 1,508 acre feet of water.

Under the provisions of the Indus Water Treaty 1960, waters of the eastern rivers — Sutlej, Beas and Ravi — had been allocated to India and the western rivers — the Indus, Jhelum and Chenab — to Pakistan, except for certain non-consumptive uses for India. – Dawn