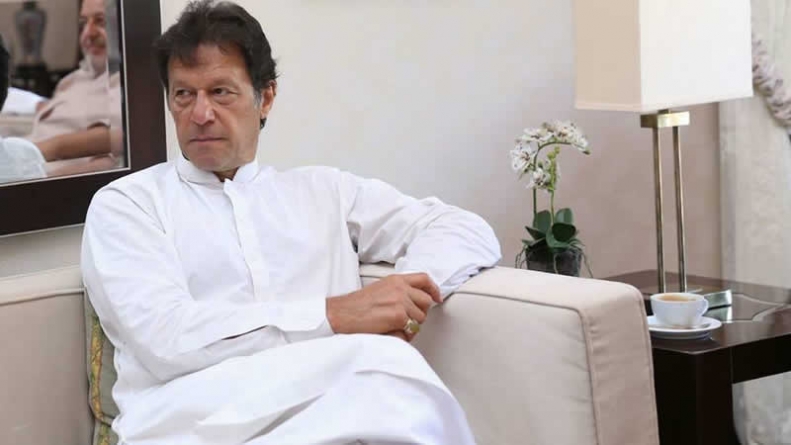 The authorities concerned plan to declare a house in the Ministers’ Enclave as the official residence of the prime minister-in-waiting, Imran Khan, officials told media.

In his victory speech, Imran Khan had announced that he would not use the Prime Minister’s House as his residence and that his party would later decide the fate of the building.

The police team assessed the residence and the area around it, including the hills.

“In his victory speech, the prime minister-in-waiting had declined to use Prime Minister’s House”

The police officials said there was no standard operating procedure for the prime minister in-waiting, but since Imran Khan is likely to be the next prime minister, necessary measures have been taken for his security.

Besides police officials, personnel of Islamabad traffic police were also deployed around his Banigala residence and the road leading to it.

The Rangers were also detailed on the nearby mountains.

Islamabad Chief Commissioner Joudat Ayaz, Inspector General of Police Islamabad Jan Mohammad along with a couple of other senior officers also visited Banigala recently and discussed security issues with PTI leader Naeemul Haq as well as the chief security officer of the residence. Issues regarding the official residence of the prime minister-in-waiting also came under discussion.

The officials briefed them about the standard operating procedure (SOP) with regards to security and protocol of the prime minister. The senior officers also met Imran Khan and briefed him about security and protocol. During the meeting, the district administration officials told him that his residence could not be provided foolproof security as the area was open and vulnerable to threat.

A few more options were also given to him, including using an accommodation at the Ministers’ Enclave, which he accepted. However, he asked for a lowest category house at the enclave. There are flats which fall in the lowest category, but since necesary SOPs and protocol for prime minister could not be implemented there, the senior officers advised Mr Khan against using a flat and instead prefer a house to which Mr Khan agreed.