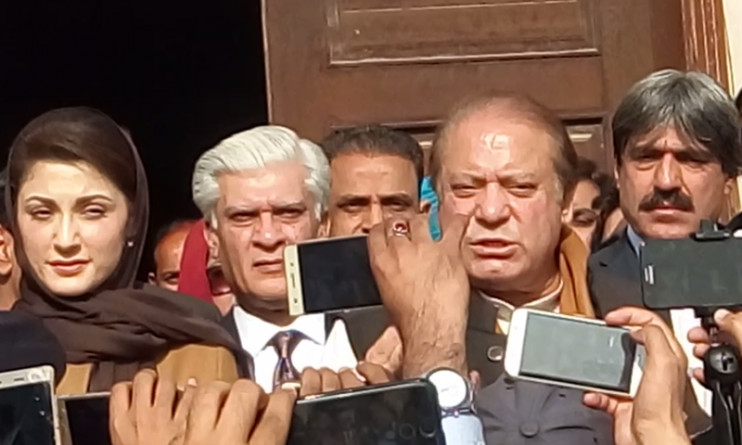 An accountability court on Tuesday directed former Prime Minister Nawaz Sharif to engage a lawyer  until June 19 to represent him in corruption references filed against him by the anti-corruption watchdog.  Judge Muhammad Bashir resumed the hearing of the Avenfield properties reference as the former premier and his daughter Maryam Nawaz appeared in court.

At the outset of the hearing, the judge asked Sharif if he has hired the services of another counsel or persuaded Advocate Khawaja Haris to take back his decision. At this, he replied he has not yet accepted his lawyer’s request to withdraw his attorney papers. The PML-N supreme leader said it is not easy to hire a new counsel while allowing the one who worked so hard for the past nine months to recuse himself from pleading the case. He said Haris has clarified before the Supreme Court that he won’t be able to work on Saturdays and Sundays.

To which, the judge said taking up cases on Saturdays is not mandatory and that the apex court only gave observations in this regard. He advised the former premier to convince Advocate Haris to reconsider his decision. Sharif said he has been appearing before the court for the past nine months. “We set out for court from Lahore after having Sehri every day,” he said. Maryam’s lawyer opined that hiring a new counsel at this point in case is improbable. The hearing of the Avenfield case was put off until June 14. The court,meanwhile, granted the former premier and his daughter exemption from personal appearance on next hearing.