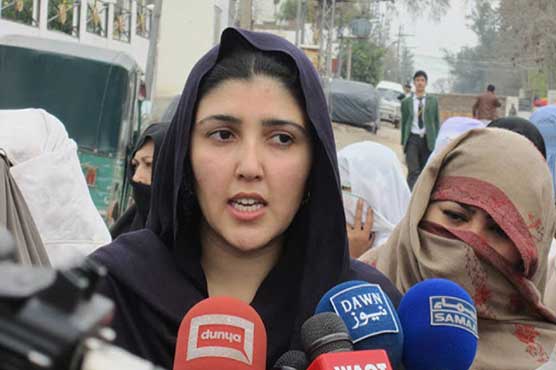 The lawyers of Pakistan Tehreek-e-Insaf (PTI) and Member of National Assembly Ayesha Gulalai have submitted their written replies in Election Commission of Pakistan (ECP) over reference to de-seat Gulalai. A four-member bench headed by Ghaffar Soomro heard the case during which, Gulalai presented her stance and termed the reference against her as based on dishonesty.

Allegations leveled against me are misleading and wrong, she added. She said that she didn’t attend Prime Minister (PM) election held in NA as she was unwell, adding that such references are being filed to pressurize her over harassment allegations. Subsequently, ECP has adjourned the hearing till September 26.  Earlier, Ayesha Gulalai had alleged that the honour of PTI female members is not safe from PTI chairman Imran Khan and his gang. She said that Imran Khan sent ‘indecent’ text messages to female members of the party.

She revealed that the first message she received from Imran Khan was in October 2013 and many other female members also received those messages. She said that Imran Khan keeps Blackberry phone and asks the female members of the party to also carry Blackberry so that messages couldn’t be traced. “The messages contained words that nobody’s honour would tolerate. They can be retrieved by Pakistan Telecommunication Authority (PTA)”, she said.