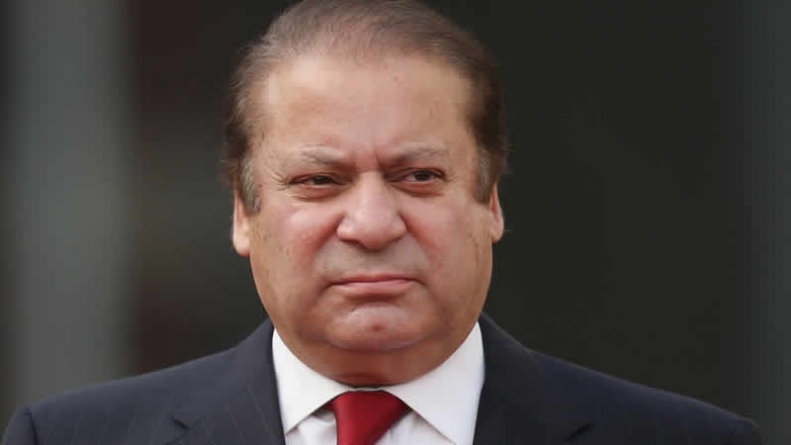 During a debate over the JIT report, major opposition parties in Senate on Thursday reiterated their demand for resignation of Prime Minister Nawaz Sharif, who, according to them, had been left with no moral or legal authority to remain on the seat after the submission of inquiry report in Supreme Court.

Several leaders in other countries have resigned from their posts after their names surfaced in Panama Papers but our premier is still clung to his chair, the opposition senators said, adding that President Mamnoon Hussain rightly stated in a speech, which is available on social media, that the Panama disclosure would expose many a people in the coming days. They regretted that tempered documents were presented before the Supreme Court-constituted JIT just to save the skin of the PM. “Instead of presenting forged documents in SC, PM should have stepped down. International relationship was used by the PM for personal protection,” they said.

“I ask the PM to resign. After the PM has been accused of perjury and submitting false documents, there is no option for the PM but to step aside and let the law take its course,” he said. Forcefully demanding the PM to resign, PPP Senator Farhatullah Babar also criticized an ISPR tweet in which army claimed ‘to stand by the side of law and justice and against corruption’. “While I demand PM’s resignation, I cannot endorse ISPR’s lecture on law and justice,” he said.

There was no tweet from ISPR denouncing corruption when the issue of scam in DHA Lahore was raised in this House yesterday,” he said, adding, “One wishes that the same enthusiasm is demonstrated by ISPR when it comes to questions of accountability in its own institution.” MQM Senator Sheikh Attique questioned why Volume 10 of the JIT report was not made public. PTI Senator Mohsin Aziz was of the view that if SBP, SECP, NAB and other departments had taken appropriate action over Panama disclosures, there might not have been any need for SC to take up the matter.

PML-Q’s Kamil Ali Agha claimed that democracy can never flourish without a robust accountability mechanism. JI leader Sirajul Haq said had the government agreed with opposition over the ToRs on Panama inquiry, situation would have been different from that of today. ANP’s Shahi Saeed, however, said that politicians were being disgraced through Panama investigation and demanded an immediate halt to it.

Opposition leader Aitizaz Ahsan claimed that loyalty of the PM stood divided when he took oath of his office here and joined a company as an employee in another country. He said sources of investigation have been clearly mentioned in the JIT report but the ruling party is not willing to see those. Concluding the debate, Law Minister Zahid Hamid said the JIT exceeded from its mandate. The evidences collected by the JIT were never shared with the respondents, the minister said, claiming that the JIT presented all uncertified documents as evidences.