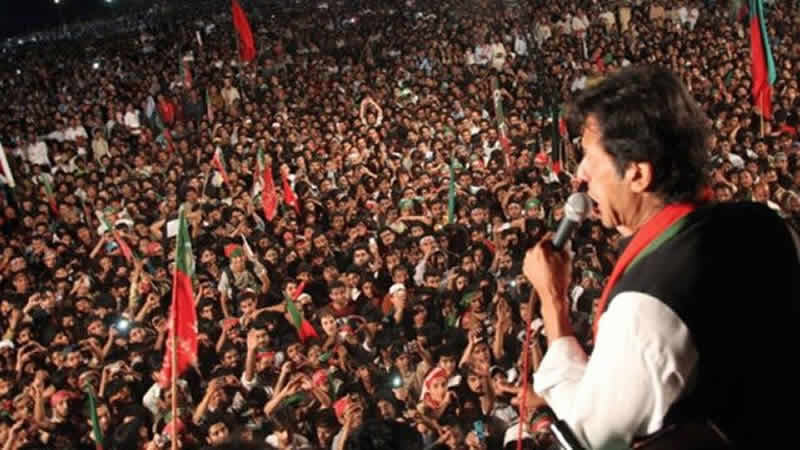 Pakistan Tehreek-e-Insaf (PTI) will stage a public meeting in Islamabad on Friday, Media reported. It will be the party’s first rally since Supreme Court of Pakistan announced the verdict of the Panama Papers case against the members of the Sharif family.

Cars with panaflexs were visible everywhere in Islamabad and Rawalpindi with PTI workers inside them. Roads throughout the city were also lined up with camps bearing welcome messages for the PTI Chairman Imran Khan. PTI chief Imran Khan has claimed to gather a ‘sea of people’ and demand Prime Minister Nawaz Sharif’s resignation following the Panama leaks verdict.

The party chief reached Parade Ground to supervise the arrangements made for the public meeting. He is expected to give a fiery speech and lash towards his opposition today. The senior party leadership has instructed workers to reach Parade Ground in the form of rallies from every Union Council.

A couple of workers of PTI stated that they were ready to brave the heat and would do everything possible to make the rally a successful one. Speaking to media, Khan stated that he was given a lot of offers for withdrawing from the Panama Papers Case.

“Rs. 10 billion was the initial offer made to me,” Khan said. DJ Wali Son will provide entertainment during the public meeting. He will play party anthems and songs. Three hundred speakers have also been set up at the rally venue.