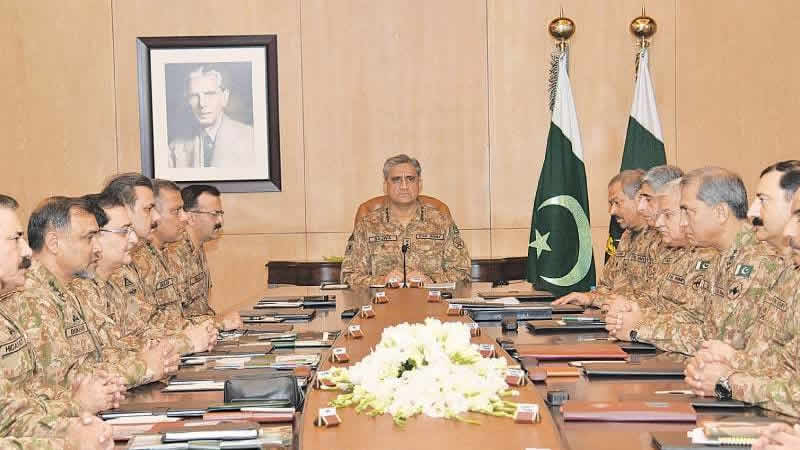 The 202nd Corps’ Commanders Conference, headed by Army Chief General Qamar Javed Bajwa, on Monday has decided that the military would play its due role as a part of Joint Investigation Team (JIT) to investigate the Panama Papers case.

According to ISPR, the forum discussed Panama Case decision by Supreme Court with special reference to Joint Investigation Team.

“The forum pledged that Institution through its members in JIT shall play its due role in legal and transparent manner fulfilling confidence reposed by the Apex Court of Pakistan,” the the army’s media wing stated in a press release.

In a split decision in the Panama Papers case on Thursday, three SC judges found there was not enough evidence of financial or other misdeeds to remove the premier from office, though two members disagreed. All five raised questions about the source of funds for several London apartments owned by the Prime Minister Nawaz Sharif’s family, which was never fully explained in court.

Next day, the Supreme Court forwarded copies of the verdict to DG FIA, DG MI, DG ISI, Chairman SECP, Chairman NAB and Governor of State Bank of Pakistan. All these institutions have been directed to nominate representatives to be made part of the JIT.

CCC at GHQ. “Institution, through its members in JIT shall play its due role in a legal & transparent manner fulfilling confd reposed by SC” pic.twitter.com/H9wRjrz7P1