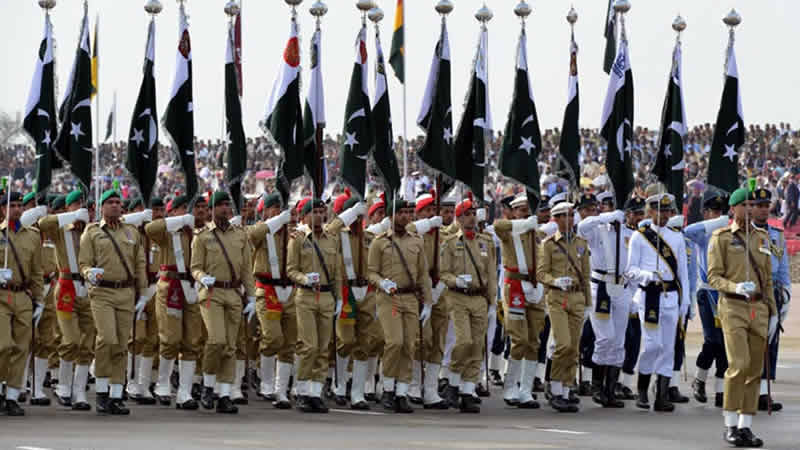 Preparations for Pakistan Day parade have been completed with the full-dress rehearsals on Tuesday. Troops from Saudi Arabia and China also participated in the parade rehearsals along with all three branches of Pakistan Armed Forces.

The rehearsals featured fighter jets of Pakistan Air Force including F-16, JF-17 Thunder and Sherdils who showcased their mettle high up in the sky. People were thrilled by the amazing sight of these rehearsals.

Free fall jumps were performed by commandos and weapons of warfare including missiles were showcased. Representation from all four provinces as well as Azad Kashmir and Gilgit Baltistan was witnessed.