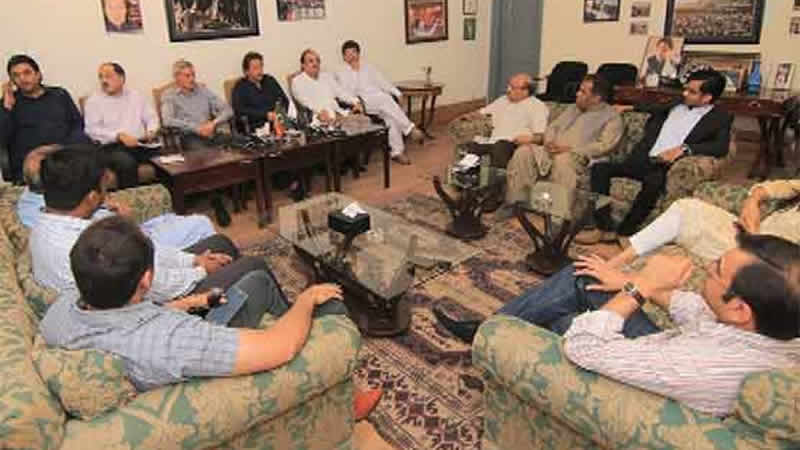 Talking to the journalists at his residence on Thursday, Pakistan Tehreek-e-Insaf (PTI) Chairman Imran Khan said that it was not possible to deceive the public and any party avoiding Terms of References (TORs) would be subjected to public’s wrath, reported Media News.

Imran Khan said that his party would storm the streets if no action taken on disclosures regarding Panama Leaks. He briefed the journalists and added that PTI would not stay quiet if government succeeded to settle issues with other parties. Imran Khan further stated that Pakistan had been going through immense crises in terms of foreign policy, relations with India had been based on personal belongings rather than considering it a part of international diplomacy and terms with the West could not be established on ’gift exchange’ policy, Imran added. He stated that Pakistan had been caught in the complicated matrix of debt. Gas pipeline project with Iran should have been started earlier and that relations with India and Afghanistan should be established on equal parameters, Imran said. Imran told the journalists that it had not been possible to formulate effective and independent foreign policy without a strong economy.

Pakistan Muslim League-Nawaz s (PML-N) outlook seemed more of a mafia-oriented group rather than a political entity. Parliament was made weaker by the government instead of the opposition and whenever asked about PML-N’s accountability, they had always attacked Shaukat Khanam, Imran said. Reforming of several departments, accountability, merit system and human development would not be possible without political intervention, Imran added. He said that governance could be made better through the presidential system but present situation in Pakistan was not suitable and that presidential system of governance would be an act of exploitation with small provinces.

Pakistan needed peace and human development and that illegal transfer of wealth could be catastrophic for developing countries. The global community had started playing a vital role to prevent and probe money laundering after Panama Leaks had emerged, said PTI Chairman. Pressure had been growing globally over offshore companies’ owners for the publication of the data, Imran told the journalists. “It could be possible to get rid of loans and debts if laundered money came back to Pakistan. In the light of Nawaz Sharif s income he could not even pay monthly rent of Hyde Park flat”, Imran said.