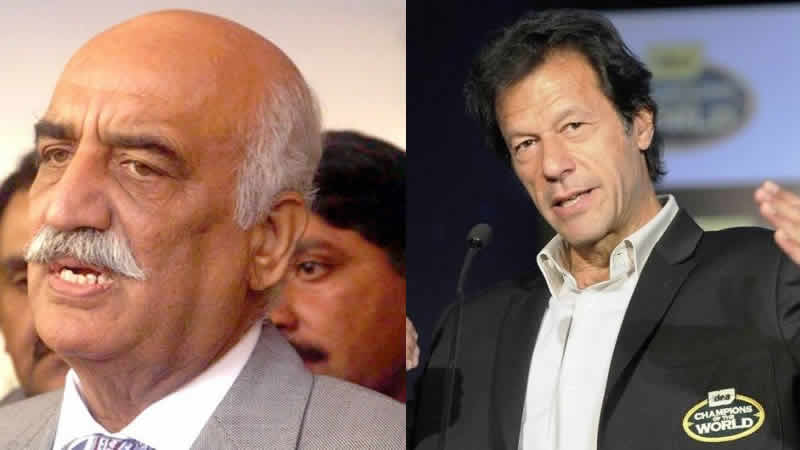 National Assembly Speaker Ayaz Sadiq has invited Khursheed Shah at 2pm to deliberate over establishment of a parliamentary committee to probe Panama leaks.

However, Khurhseed Shah said that he would consult the allies first. The National Assembly Speaker mentioned that Finance Minister Ishaq Dar and Khawaja Saad Rafique will represent the government in the meeting. Leader of the Opposition has called a meeting of different opposition parties at 10am today to discuss the matter after Speaker Ayaz Sadiq’s contact. Imran Khan was to address the allegations relating to illegal means of income and evading taxes on Monday after Prime Minister s speech however, demonstration by the opposition led to none talking after government s stance.

PTI chief admitted to establishing a shell company on advise of his accountant in 1980s but claimed that nothing that he did was illegal despite the fact that he evaded British taxes. He further said, while talking to foreign media last week, that he bought a flat in London using the offshore company. Earlier on Tuesday, the joint opposition against the government over Panama leaks had called off boycott of the Senate and the National Assembly. Meanwhile, Prime Minister Nawaz Sharif’s recommendation to form a parliamentary committee to probe Panama leaks against his family was accepted.

The parliamentary committee will help form joint Terms of References (TORs) for the probe. During Prime Minister’s address in the National Assembly on Monday, he asserted that his family never resorted to illegal sources of income and shell companies that his sons and daughter own were legal. On the other hand, opposition including Pakistan People’s Party (PPP) and Pakistan Tehreek-e-Insaf (PTI) had demonstrated a walk-out citing premier’s avoidance to answer the seven questions it had formed and expected him to answer in his address. The questionnaire examined Prime Minister and his family’s properties, assets and earnings here in the country and those abroad. However, the opposition added another 63 questions to the questionnaire on Tuesday.

Leader of the Opposition in Senate Aitzaz Ahsan warned the government of increase in number of questions if the premier avoids answering them. Pakistan Muslim League-Quaid-e-Azam (PML-Q) leader Chaudhry Pervez Elahi was of the opinion that the government had tangled the issue further by allegedly avoiding questions whereas ruling party’s ministers and premier’s daughter, Maryam Safdar asserted that Nawaz Sharif’s speech in NA did more than what opposition demanded of him. Panama Papers had published leaks of a law firm called Mossack Fonseca in April according to which Nawaz Sharif s family owns offshore companies however, International Consortium of Investigative Journalists (ICIJ) states that it in no way alleges any personality of illegal activities. But the opposition, mainly Imran Khan raised the issue and demanded the Prime Minister to resign, alleging him of stashing wealth abroad and evading taxes.