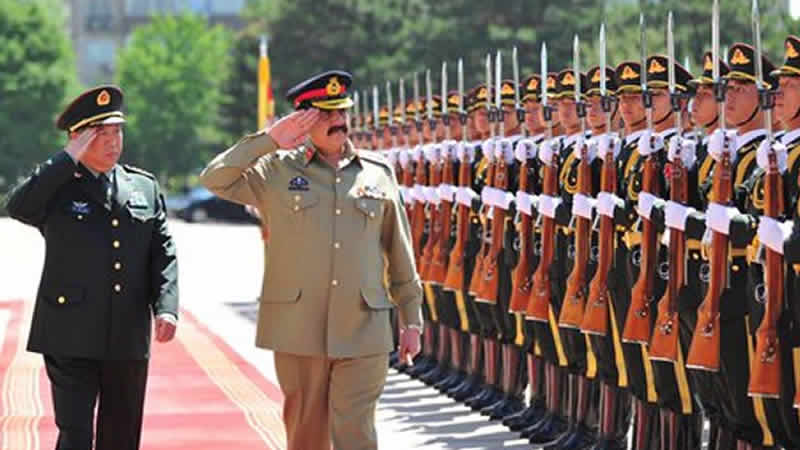 Chief of Army Staff General Raheel Sharif has arrived in Beijing on a two day official visit. The COAS was given the guard of honour upon arrival.

They also discussed measures to improve military to military cooperation. During his stay, he will also meet senior political and military leadership of China. Army chief last month had accused India of seeking to undermine his country’s $46 billion project to build an economic corridor to transport goods from China’s western regions through the port of Gwadar.

Gen Sharif, speaking at a development conference on the impact of the China Pakistan Economic Corridor (CPEC), said the significance of a Pakistan-China economic alliance had “raised eyebrows” in the region. “In this context, I must highlight that India, our immediate neighbour, has openly challenged this development initiative,” Sharif told the conference in Gwadar.

I would like to make a special reference to Indian intelligence agency RAW that is blatantly involved in destabilising Pakistan. Let me make it clear that we will not allow anyone to create impediments and turbulence in any part of Pakistan. Therefore, it is important for all to leave behind confrontation and focus on cooperation.”

In March, Pakistan security forces had arrested a Indian spy for RAW in Balochistan, where most of the CPEC is taking shape. He also confessed to spying for RAW. India later confirmed that the man was a former Indian navy official.