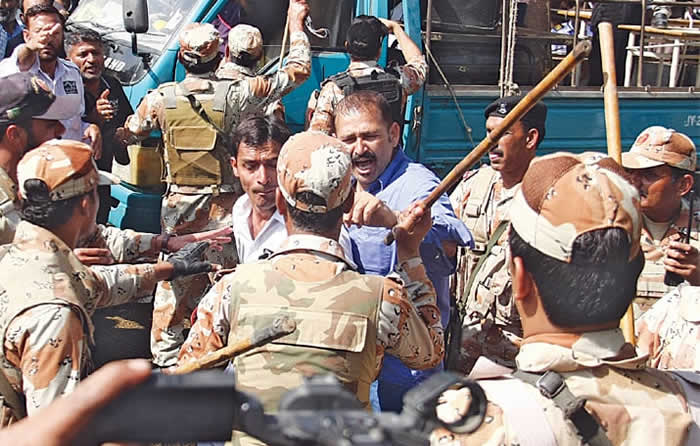 The killing of two protesting employees of the Pakistan International Airlines in a clash with security forces here on Tuesday sparked widespread agitation and caused a complete suspension of the national flag carrier’s flight operations across the country.

While the two victims lost their lives because of bullet wounds and the Joint Action Committee (JAC) of the PIA employees categorically blamed the Sindh Rangers for the killing, neither police nor the paramilitary force took responsibility for the shooting. The incident also put the federal government, which had enforced the Essential Services (Maintenance) Act, 1952, in the PIA for six months, in an awkward position as PIA employees in Lahore, Rawalpindi, Peshawar and other cities suspended their work and brought flight operations to a standstill as soon as they got the news of killing of their colleagues in Karachi.

In Lahore, PIA employees said that no demonstration or suspension of flight operations was planned, but the killings in Karachi left them with no option but to go for a complete strike. “Now we will shut down the flight operations across the country and show the government our strength and unity. Now our demand is not only to stop privatisation of PIA but also bring to justice those involved in the killing of two employees,” said an employee.