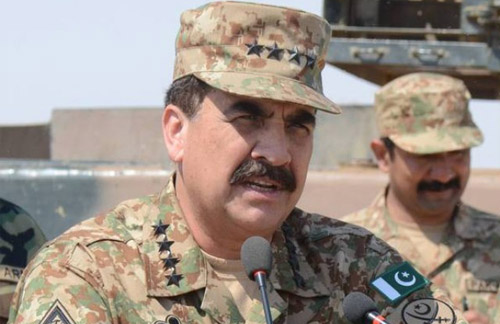 The condemned terrorists were involved in the killing of Major General Sanaullah, General Officer Commanding for Malakand division, and Lt Col Tauseef Ahmed during an attack on the military convoy in Swat. The Tehreek-i-Taliban Pakistan had claimed responsibility for the attack. The police later claimed that the suspect behind the attack, Abdul Rahim alias Raes, was arrested in March this year during an operation in Barawal, near the Pak-Afghan border. The ISPR said that those convicted were involved in sectarian attacks in Mastung, killing of civilians and security personnel in Khyber Pakhtunkhwa, suicide attack in Nowshehra and the IED attack on military convoy in Swat. One terrorist has also been awarded life imprisonment, DawnNews quoted the ISPR as saying.

The military statement did not disclose when the sentencing was done. There are currently nine military courts in the country. The army chief recently agreed to increase the number of tribunals in Karachi. Political parties had unanimously agreed over the issue of setting up military courts to tackle terrorism cases in the country following the gruesome attack on the Army Public School in Peshawar in December 2014, following which the Parliament passed the 21st constitutional amendment to set up the said courts. The apex court did however keep the power to review sentences in certain cases, where it feels the condition of fair trial is not met.