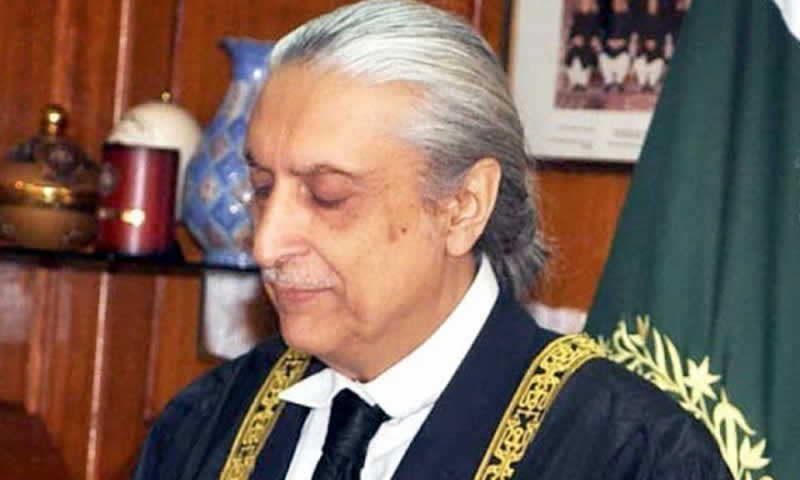 A dissenting but minority judgement by six judges of the Supreme Court against the majority judgement of 11 judges has declared the 21st Amendment as well as trials of the accused by military courts as illegal and unconstitutional.

In his dissenting note, Justice Jawwad S. Khawaja held that the 21st Amendment was liable to be struck down since parliament was not a sovereign or supreme body in the sense that there were no limitations on its power to amend the constitution.

“The limitations on the parliament are not only political but are borne out from the constitution itself,” he observed. He said the Supreme Court had the power to judicially review a constitutional amendment passed by the parliament and to strike it down where appropriate. But Article 175A as amended by the 19th Amendment is not liable to be struck down as it does not transgress the limitations of parliamentary power to amend the constitution. “Our legal and constitutional history has amply demonstrated that laws can be made by parliament which does not necessarily represent the aspirations of the people.

In the 2010 NRO case, the Supreme Court held that even so it is for parliament to make laws regardless of whether the same are unpopular or are based on expediency. This power to make laws (including constitutional amendments), however, is not absolute and untrammelled,” observed Justice Khawaja. The maturity of the nation is reflected in the manner in which differences are resolved in accordance with the governing compact, which is the constitution. “Differences of opinion between constitutional bodies or organs of the state cannot be seen as adversarial turf-wars between the two bodies,” he said.

“All constitutional bodies and functionaries must have the common aim that the constitution which embodies the will of the people is enforced because this is an obligation set out in the constitution itself. It, therefore, must be accepted and implemented both in letter and in spirit with sincerity by every organ and functionary of the state,” Justice Khawaja observed. Justice Asif Saeed Khosa partially allowed the petitions challenging the 21st Amendment and the Pakistan Army (Amendment) Act (PAA) 2015 by declaring the amendments unconstitutional, without lawful authority and of no legal effect.

“As a consequence of this declaration all the trials conducted and the appeals decided by the military courts deriving authority from the PAA are to be treated as non est and all the judgements delivered by invoking that law are rendered incapable of implementation and execution,” he said in his dissenting note. “As an outcome of the declaration made above in respect of the PAA the 21st Amendment has lost its raison d’être, efficacy and utility and, therefore, no determination needs to be made about its fate or continued existence.”