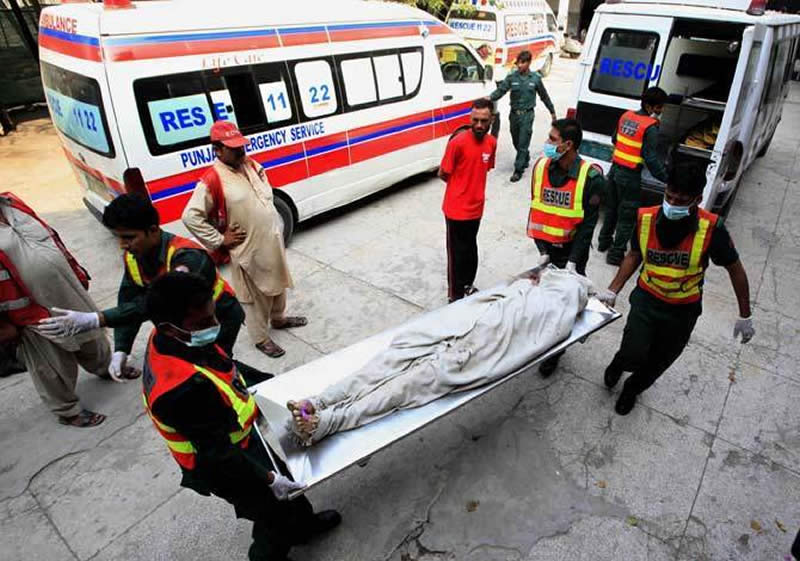 RAWALPINDI: At least 20 people were killed and some 40 others injured in a road accident between two passenger vans Wednesday on Fatahjhang Road near the Tarnol area.

The death toll is expected to rise as the condition of several injured has been termed critical. The accident occurred as two passengers vans, a coaster and a Mazda vehicle, collided from opposite sides. Rescue teams have been called on the spot. Meanwhile, volunteers and passersby shifted the injured and dead to District Headquarters Hospital Rawalpindi and Pakistan Institute of Medical Sciences (Pims).

According to initial reports, the accident was a result of over-speeding. A police contingent has reached the spot and an investigation has been initiated to ascertain the circumstances of the accident.The accident occurred in the suburbs of Islamabad, a few kilometers away from the new Islamabad airport.

The road where the accident occurred is an important route but remains a single carriage way for a significant stretch. It later expends to double carriage. The road joins the capital with Karachi and Peshawar as it links to the GT Road.

Several accidents have occurred on along the route over the years. Prime Minister Muhammad Nawaz Sharif has expressed grief and sorrow over the loss of lives in the tragic accident. He directed for immediate rescue efforts and medical facilities for the injured. He also extended condolences with the families of the deceased. – Dawn