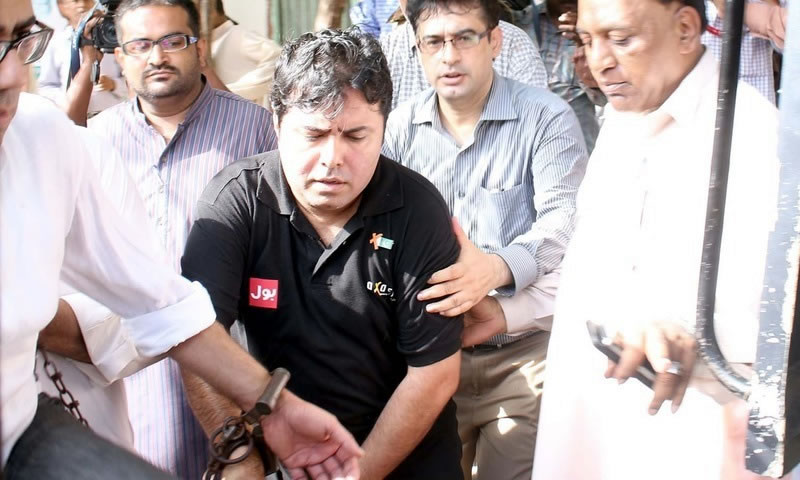 A sessions court on Wednesday allowed the Federal Investigation Agency (FIA) to shift the detained chief executive officer of a software company and four members of the management to Islamabad for investigation of another fake degrees and money laundering case.

The FIA had arrested Axact CEO Shoaib Ahmed Shaikh and four members of his management team — Viqas Atique, Zeeshan Anwar, Mohammad Sabir and Zeeshan Ahmed — on May 27 after lodging a case in Karachi and also arrested some other officials of the company earlier this month for allegedly preparing and selling fake degrees, diplomas and accreditation certificates of fictitious schools/universities through a fraudulent online system and illegally minting millions of dollars. After remaining in FIA custody on remand for questioning, all the suspects were sent on June 8 to prison on judicial remand.

The FIA moved an application in the court and submitted that the same set of suspects was also booked in another case lodged at the FIA Centre, Islamabad. The investigating agency said that since the suspects were no more required for questioning in Karachi, their custody may be allowed to be shifted to the federal capital for investigation in another case. Additional district and sessions judge (south), Sikandar Ameer Pahore, allowed the FIA to move Shoaib Ahmed Shaikh, Viqas Atique, Zeeshan Anwar, Mohammad Sabir and Zeeshan Ahmed to Islamabad.