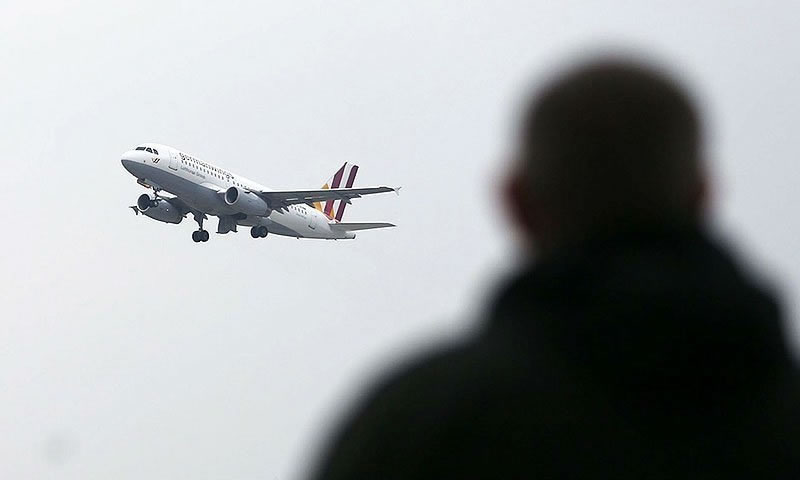 Due to the ‘lethargy’ of the ministry of interior and the Federal Investigation Agency (FIA), a Romanian citizen could not go back to his country to meet his wife and the only child since February 2014.

Ironically, the FIA, which offloaded Marius Ilie on February 2, 2014, does not know much about his case except that the ministry of interior had placed his name on the Exit Control List (ECL) on the suspicion of ‘human trafficking’. Ilie has been working as a consultant for a glass factory in Pakistan since 2005.

As per petition filed by Ilie with the Islamabad High Court (IHC), though his name was placed on the ECL in 2009, he traveled to his native country and back to Pakistan several times. The petition contended that when Ilie’s name was on the ECL, he should not have been allowed to leave the country. Strangely, the FIA also allowed him to enter Pakistan again. On February 2, 2014, the FIA officials intercepted Ilie at the Benazir Bhutto International Hospital in Islamabad and told him that his name was in the “blacklisted category”. He was then asked to appear before the anti-human trafficking cell of the FIA. The FIA also confiscated his passport and other travel documents. Since then, Ilie has been living with his employer at Fatehjang in the district of Attock. The petition claimed that Ilie “tried his best to get his name removed from the ‘blacklist’ category and go back to his country but his efforts failed as he was not informed by the respondents – FIA and the interior ministry – as to how he was put in that category.”

The petitioner came to know that even the respondents did not have his record with them except that his name was included in the record of the FIA. The petition was pending in the IHC for the last several months because the respondents did not submit the reply. The Romanian citizen in the meantime had to stay on the factory premises in Fatehjang. Last week, after many deliberations, the FIA submitted its reply to the court. The reply, however, could not be helpful for Ilie as the investigation agency expressed its inability to remove his name from the ECL and informed the IHC that it was the ministry of interior which can issue directions in this regard. In a written statement submitted to the IHC, the FIA stated: “The name of the petitioner still exists on the blacklisted category; therefore, he cannot go back unless his name is removed by the competent authority.” It added that the name of any person was placed on the blacklisted category by the ministry of interior and the agency has no authority to remove the name.” The investigation agency, however, suggested that the Romanian national may approach the ministry of interior for the deletion of his name from the blacklisted category.

It may be mentioned that Interior Minister Chaudhry Nisar Ali Khan recently expressed dissatisfaction over the procedure of placing names of individuals on the ECL. Addressing a press conference, the minister said a new ECL policy was being worked out in which no individual would be placed on the ECL for more than a year. During the hearing of the petition last week, the IHC summoned the additional secretary of the interior ministry, Mohammad Asghar. The officer was also not well-informed about the matter. He, however, sought a week’s time to look into the matter. When contacted, the counsel for the federal government, deputy attorney general Fazlur Rehman Niazi, said he was pursuing the matter with the FIA and the interior ministry. He expressed the hope that the ministry would come up with the details about the Romanian citizen this week after which the court would pass an appropriate order.