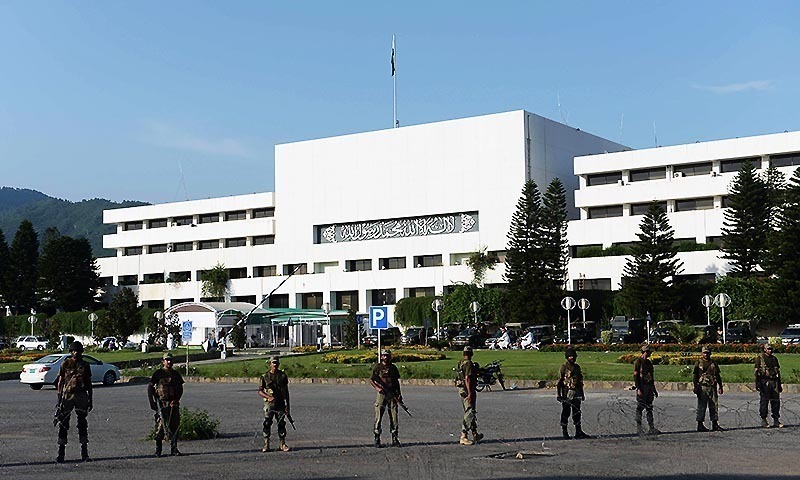 When parliament meets in a joint session on Monday, also marking the return of a major opposition party after more than seven months’ boycott,

the most important matter to be debated will be whether Prime Minister Nawaz Sharif should meet Saudi Arabia’s request to join an Arab military coalition seeking to crush a raging revolt in Yemen.

The decision by the Pakistan Tehreek-i-Insaf (PTI) on Sunday to come back to parliament it boycotted in mid-August to protest against alleged massive rigging of the 2013 general elections will add to the significance of what will be a rare session of the two houses of parliament asked to decide the nation’s role in a far-away civil war. The session of the National Assembly and the Senate, due to begin at 11am with a motion to be moved by Defence Minister Khawaja Mohammad Asif to “discuss the security situation due to Yemen crisis”, is likely to continue for two to three days, a parliamentary source said. The government has repeatedly said it has not yet committed sending troops to the conflict area but that it would confront any threat to Saudi Arabia’s “territorial integrity”.

But the Saudi state media have been citing Pakistan as one of more than 10 states in the coalition before and after a high-level Pakistani civil and military delegation visited the kingdom last week to assess its military requirements.  The developments prompted fears voiced by opposition parties that the government had already agreed to join the Yemeni war in favour of Saudi Arabia and demands that the prime minister either call an all-party conference or a joint parliamentary session as a means of consulting Pakistan’s political leadership. While the government opted for a joint session of parliament to discuss what a statement from the prime minister on Thursday called a “matter of national importance”, few could imagine the possibility of the prime minister saying no to Saudi Arabia given the special relationship between the two countries and his personal gratefulness to the Saudi royal family that played host to him when then military president Pervez Musharraf sent him into exile.