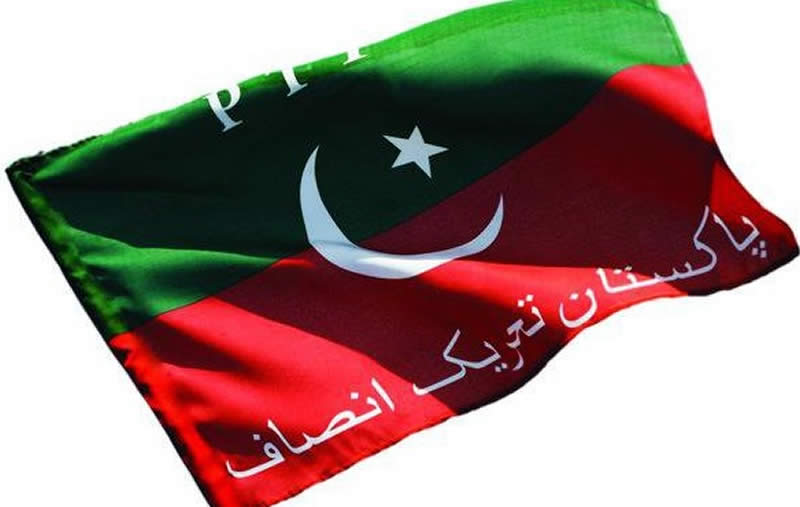 Pakistan Tehreek-i-Insaf is likely to award ticket for Senate election to Sameena Abid owing to her financial contribution to the party’s sit-in in Islamabad and family terms with Khyber Pakhtunkhwa Chief Minister Pervez Khattak, sources say.

“Sameena Abid, wife of a retired squadron leader, who currently serves as chief secretary of Azad Kashmir, is a newcomer in the party but her monetary contribution to PTI’s sit-in in Islamabad has brightened her chances of clinching the ticket,” sources said.

Talking to Dawn, Sameena acknowledged that she had contributed to the party’s dharna because she was a committed PTI member and wanted to support it. However, she denied the speculations that the chief minister might have helped her in any way to get the ticket. “You can better ask these questions from the party high command,” she said. It is not clear as to why Pervez Khattak supported Sameena’s candidature but some party leaders say that it was the chief minister, who put his foot down to block Shandana Saad’s nomination. “She (Ms Saad) can’t be the candidate,” Mr Khattak was quoted as saying by a party leader. This led to a sort of controversy following earlier speculations that the party high command has decided to award ticket to the widow of a brave police officer, Malik PTI likely to award Senate ticket to a newcomer Mohammad Saad. Shandana, the party leaders say, had no political ambitions but it was some of the PTI bigwigs, who persuaded her to accept the nomination in recognition of the sacrifices of one of province’s brave police officer.

Saad, who was the capital city police officer, was killed along with a few other police officers in a suicide attack in Peshawar in January, 2007.  Shandana, a Fulbright scholar, with two master degrees to her credit, was not available for comments but some people associated with her said that she had agreed reluctantly to accept the offer when persuaded by some of the PTI top leaders. “She was asked by senior PTI leader on its chairman Imran Khan’s instructions to submit application for woman seat for Senate election but she was dropped at the eleventh hour,” they say. They did not have the courtesy to inform her of their decision, they add. “A senior party leader had sent her at least 10 text messages, saying he wanted to bring educated women into party’s fold,” sources say. It took a while to persuade her to accept the candidature. “She was told there is a merit within the PTI,” a party leader said.

However, the situation took a turn when the chief minister blocked her nomination and manoeuvred to swing the decision in favour of Sameena Abid. “We are all stunned. In a meeting with Imran Khan some two weeks back, all the MPAs had strongly backed Ms Saad’s candidature as recognition of Malik Saad Khan’s services and sacrifice,” an MPA of PTI said. Disgruntled party leaders say that Khattak’s support for Sameena’s candidature stemmed more from their close family ties than her contribution to the PTI’s D-Chowk sit-in. Not only Ms Saad but Rabia Basri, who has also submitted papers for Senate election along with Sameena Abid, is likely to be denied the slot despite her association with the party for eight years. Basri, a house wife, was elected president in of Peshawar district during the last intra-party election. She also applied for ticket on the request of the party’s colleagues but she was made a covering candidate for Sameena Abid.