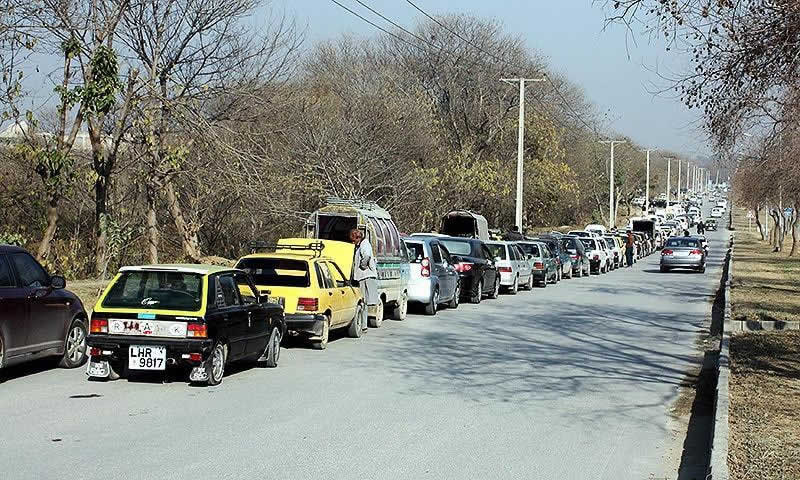 With questions being raised over the quality of the investigation conducted by a two-member inquiry committee formed to fix responsibility for the recent fuel crisis, Prime Minister Nawaz Sharif appointed on Wednesday another one-man inquiry commission to ascertain criminal liability in the matter.

Sources told Dawn that Tariq Mahmood Khosa, former federal secretary and Punjab chief secretary, had been asked to follow up on the findings of the two-member committee consisting of Zahid Muzaffar and Zafar Masud. Mr Khosa has been asked to interview all officials so far suspended on the orders of the PM, as well as other related to the supply chain or those named in the inquiry committee’s report and the ministries concerned. He will also examine the official record and data to ascertain responsibility of omission or commission and also ascertain criminal liability, if any. The sources said that certain quarters had raised questions over the report presented by the inquiry committee because it did not include responses of the suspended officials, even though they had been questioned and had answered all questions in writing. A fresh angle to this controversy emerged at a meeting of the National Assembly’s Standing Committee on Petroleum and Natural Resources, where most members demanded that a parliamentary commission investigate the entire scam since Oil and Gas Regulatory Authority (Ogra) Chairman Saeed Ahmad Khan had challenged some contentions of the petroleum ministry.

Also, certain members of the ruling PML-N alleged that a conspiracy had been hatched against their party in Punjab and the petroleum ministry should expose the players behind it. For Rana Afzal Ahmad, the very fact that the petrol shortage did not hit the other three provinces was a proof that there had been a conspiracy. The sources said the two-man inquiry committee had done a rush job, targeting certain ‘unwanted officers’. The committee had not taken into account the proceedings of the Economic Coordination Committee (ECC) of the cabinet. They said that after economic indicators, fuel stock position was the permanent agenda item number two for review by the ECC, which could either suggest corrective measures or express satisfaction on behalf of the federal cabinet. A couple of consecutive ECC meetings in December, the sources said, had missed taking up the stock position agenda item due to a paucity of funds. However, the ECC meeting held on Jan 10 discussed the item after a gap of about 3-4 meetings. In the Jan 10 meeting, the ECC was told that petrol stocks were sufficient for only eight days as of Jan 6, against 12 days of stock on the same day last year.

That meant that by the time of the ECC meeting, petrol stocks would have been halved. Diesel stocks were reported to be at 28 days on Jan 6, while furnace oil stocks were sufficient for 12 days. Arshad Mirza, the secretary incharge of the petroleum ministry, said that under different laws, it was Ogra’s responsibility to ensure oil companies had 20 days of compulsory stocks, but even the storage currently stood at 150,000 tons against a requirement of 400,000 tons. At this, the Ogra chairman told the committee that he disagreed with the petroleum ministry’s position. While citing the relevant rules and laws, he said the regulator was required to allow sales of petroleum products by oil companies after verifying storage capacity for 20 days of each company’s projected sales and did not allow even a single company to violate this rule. He said the 13 companies currently operational had 285,000 tons of petrol storage capacity, while construction on another 82,000 tons of storage capacity was currently under way.

The Orga chief said the build-up of product stocks, their import, movement plan, storage filling and marketing were the responsibility of the petroleum ministry. He referred to the product review committee meetings of the oil industry with the petroleum ministry held on Dec 19 and Jan 8 and asked the parliamentary panel to review their minutes. Petroleum Minister Shahid Khaqan Abbasi said he was accepting responsibility for the crisis but it was not possible for any institution to predict a 30 per cent increase in product consumption. He said the prime minister always had the prerogative to remove any member of the cabinet or an officer from his position.