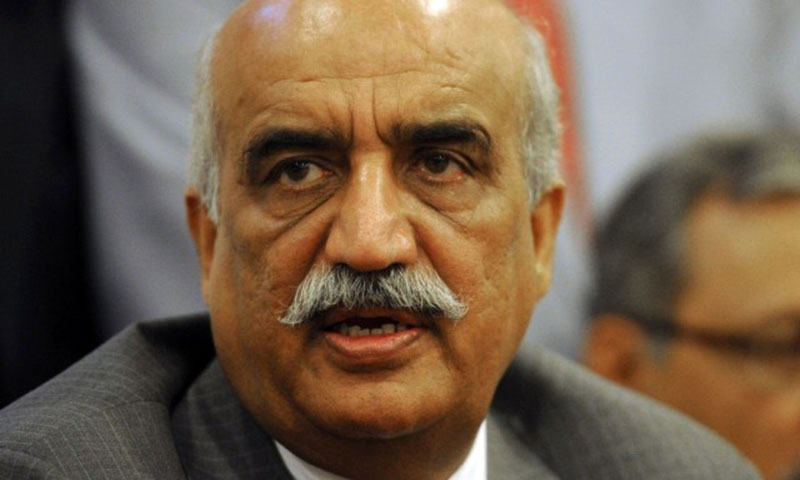 The Pakistan Peoples Party (PPP) has called for a judicial probe into the petrol crisis to fix responsibility.

Rejecting the government’s decision to conduct an inquiry through an adviser in the ministry concerned, Mr Shah suggested that a senior judge of the Supreme Court lead the investigation. He was of the view that whatever be the causes of the crisis, the buck stops at Prime Minister Nawaz Sharif’s table. “Let us know who is behind the conspiracy against the government,” Mr Shah stated in an apparent reference to Finance Minister Ishaq Dar’s assertion that the crisis was a conspiracy against the PML-N government. The opposition leader regretted that the government kept its eyes closed when the crisis was building up. The opposition raised the matter on the floor of the National Assembly and had already warned the government in time about the impending shortage of petrol, but no minister was present in the house to pay heed. The PPP leader said the country was facing crisis after crisis because of the government’s “non-serious and insensitive attitude”. Mr Shah said that various government departments owed Rs250 billion to the Pakistan State Oil (PSO), which imported 60 per cent of the required oil in the country. The remaining 40 per cent oil is imported by small oil companies.

Khurshid Shah said due to decline in oil prices at the international market, small companies reduced their imports, aggravating the problem since PSO had no money to meet the entire demand. The opposition leader put six questions to the government: “Who is responsible for the petrol crisis? When will this crisis be over? When will the PSO get money to buy oil? How much oil the government is planning to import? What steps are being taken to meet the increasing demand for petrol? Who has hatched the conspiracy against the government by creating the petrol crisis?” He said the opposition had requisitioned the National Assembly session because it considered it a very serious matter. The opposition believed that the parliament was the right forum to discuss the issues, he said, and expressed the hope that the government would convene the session in a day or two. He alleged that the government had imposed surcharge on oil after decline in its prices at the international market only to mint money. The government had not only failed to make arrangements for the required supply of gas, electricity and petrol, but it was also being unfair to the consumer by not lowering prices of petroleum products in keeping with the drop in world markets.

Mr Shah said the PPP would continue to raise its voice if democracy and people’s rights were threatened due to inefficiency and incompetence of the rulers. Earlier in the day, PPP Senator and former finance minister Salim Mandviwala and the party’s information secretary, Qamar Zaman Kaira, lashed out at the government for its failure to foresee the petrol crisis and to build reserves. They were of the view that being head of the government, the prime minister was mainly responsible for the situation as all his ministers and other government functionaries were a part of his team. Mr Kaira said that during the election campaign, the PML-N leaders used to say that they had a team of experts who had already done their homework to end loadshedding of electricity. Instead of ending loadshedding and combating gas shortage, the government had put the nation into another crisis, he added.

Meanwhile, 95 members belonging to opposition parties submitted a requisition notice to the National Assembly Secretariat on a one-point agenda — a debate on the petrol crisis. The notice has been moved under Article 54(3) of the Constitution under which the speaker is bound to convene an assembly session within two weeks. The members who put their signatures to the notice belong to PPP, Muttahida Qaumi Movement, Awami National Party, Jamaat-i-Islami, PML-Q, Qaumi Watan Party and the APML. Some independent members from Fata were among the signatories as well. Under the assembly rules, one-fourth members (86) of the 342-member house are required to requisition the assembly session. -dawn