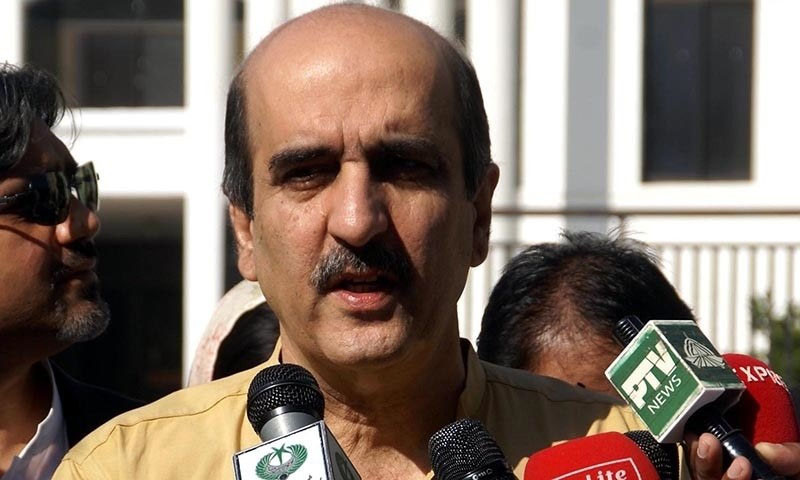 The Election Commission of Pakistan (ECP) issued a notice on Wednesday to an estranged founding member of the Pakistan Tehreek-i-Insaf (PTI), Akbar Babar, asking him to appear before it on Jan 19 and present evidence for his allegations of corruption and embezzlement in the party funds.

A petition was filed by Mr Babar, once a confidant of PTI chairman Imran Khan, in November last year, asking the ECP to investigate alleged financial malpractices and violation of laws in maintaining the PTI’s accounts. Mr Babar, who had also served as the PTI’s information secretary, confirmed receiving the notice and said he would appear before the ECP with a team of lawyers.

He claimed that he had evidence and documents “exposing corruption and financial irregularities within the PTI” and would present them before the ECP. Besides legal counsel, he said, a number of other PTI dissidents from various parts of the country would accompany him. Mr Babar had parted ways with the party after developing differences with the chairman on financial matters and party elections just before the general elections of 2013. Later, he alleged that the party tickets had been put on sale during the elections. In his petition, he accused the PTI leadership of violating various sections of the Political Parties Order and the Political Parties Rules 2002.

He claims to have proof about transfer of party funds to some personal accounts and says he had provided them to Mr Khan who, according to him, surprisingly did not take any action. It was only after losing hope, he said, that he decided to adopt a legal course. He now claims to have obtained some fresh evidence to prove his charges. In reply to a question, Mr Babar said he would go to every forum, including the Supreme Court, to expose the alleged corruption in the funds of the party for which, according to him, he had worked hard to make it a mainstream national party.

He said the present PTI leaders had ignored the founding principle of the party which was to reform the political system through introduction of transparency and accountability. He alleged there was no justice, accountability and merit within the party and it had lost its direction. Mr Babar was also unhappy over Mr Khan’s decision to open the party’s doors for turncoats from other parties, calling them “rank opportunists”. Meanwhile, PTI information secretary Dr Shireen Mazari said Mr Babar had nothing to do with the party affairs now and all his allegations had already been proved wrong in the internal audit of the funds. She said the party had conducted a forensic audit of its accounts to show transparency. She said Mr Babar was free to take the matter to any forum and the party would respond accordingly. She accused Mr Babar of making such statements only to gain media’s attention.