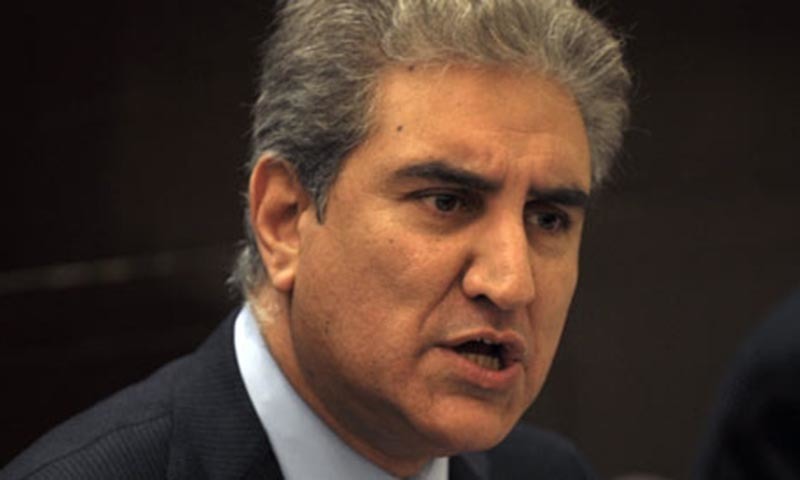 The Pakistan Tehreek-i-Insaf (PTI) has hinted at resuming its protest movement if the government allegedly keeps dragging its feet over setting up a judicial commission to investigate results of the general elections.

At a press conference here on Wednesday, the party’s leaders, who had avoided criticising the government since the Dec 16 Peshawar school attack, reverted to their harsh tone, denouncing Prime Minister Nawaz Sharif for imposing additional General Sales Tax on petroleum products without seeking parliament’s approval. PTI vice chairman Shah Mehmood Qureshi said the party’s chief Imran Khan was disappointed over the government’s reluctance to constitute a fully empowered inquisitorial judicial commission for audit of the elections. He said the party’s core committee would meet on Jan 6 to take stock of the situation. “I have met the PTI chairman today. He’s quite disappointed over the government’s response to our flexibility which we have displayed over the past couple of weeks.”

When asked if the PTI could return to its sit-in at D-Chowk in the capital which it had called off following the killing of schoolchildren in Peshawar, Mr Qureshi said: “All options will be discussed during the core committee meeting.” He said in reply to a question: “The government wants a toothless commission, whereas the PTI has been asking for an effective commission for meaningful investigation to determine if the general elections were held in a free and fair manner.” MNA Asad Umar, who advises the PTI chairman on economic issues, hit out at both the government and the PPP for their alleged collaboration to deprive the people of the benefit they should have received automatically as a result of the falling oil prices in the international market. “How the government has increased the GST on petroleum products from 17 to 22 per cent without consulting parliament shows how the PML-N rulers like to run the government.” The most intriguing, Mr Umar said, was the tight-lipped response of the PPP, the main opposition party, which was with every passing day strengthening its impression of playing second fiddle to the government.

Recounting what he called fruits of the PTI’s unprecedented sit-it that continued for 126 days, he said the government only understood the language of demonstrations. “It has just been a couple of weeks since we left the D-Chowk and the PML-N has reverted to its old ways where they only look after the interests of the haves at the cost of the have-nots.” He claimed that the government had also decided to increase the gas prices which would be announced soon. Mr Umar said the PPP was at the forefront in raising hue and cry when the lawns of the parliament building were merely trespassed by some protesters, terming it desecration of the institution, but now it was quiet after the government had imposed new taxes literally bypassing the –legislature.

On the issue of military courts, Mr Qureshi said the PTI was against bringing major changes in the basic framework of the Constitution and a similar argument had been presented by the PPP. However, “the PTI will not create any impediment in the way of national consensus to fight terrorism and that is why it attended the government’s APCs and gave its input despite having serious reservations,” he said. -dawn

2014: A Good Year for Pakistani Cinema and TV