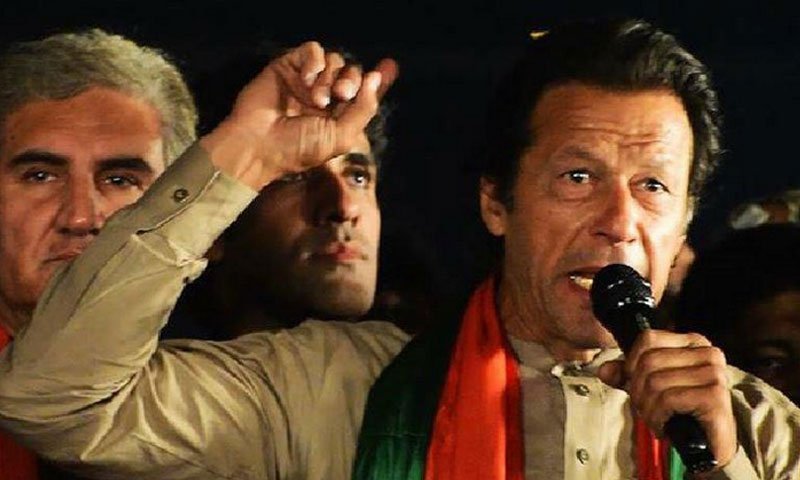 In an apparent attempt to shed its generally-perceived pro-Taliban image, the Pakistan Tehreek-i-Insaf (PTI) “condemned the TTP and all other terror groups” on Sunday and extended its “total support” to the armed forces and law-enforcement agencies combating terrorism.

“The PTI condemns the banned Tehreek-i-Taliban Pakistan (TTP) and all other terror groups that have unleashed their brutality on the people of Pakistan,” the party’s information secretary Dr Shireen Mazari told reporters after a meeting of its core committee. According to sources, PTI chairman Imran Khan expressed his satisfaction over the progress made in the talks with the government on the issue of alleged rigging in last year’s general elections and gave a go-ahead to members of the negotiating team to strike a deal after settling some minor and technical issues. The PTI committee also endorsed a 20-point draft of recommendations to be presented by the party to a committee preparing a national action plan to deal with terrorism.

Dr Mazari said the party had expressed deep grief over the brutal killing of children and staff of the Army Public School in Peshawar on Dec 16. “In conveying its heartfelt condolence to the bereaved families, it notes that this barbaric act was unprecedented in Pakistan’s history and will live forever in our memory as a day of infamy. There can be absolutely no justification for this brutal act,” she said. The party, she said, had expressed “its total support to the armed forces of Pakistan and other law-enforcement agencies (LEAs) for their endeavours to eliminate the scourge of terrorism from our land”. She said the party leadership had also discussed in detail the issue of repatriation of Afghan refugees.

Replying to a question, she said the issue of withdrawing resignations of PTI’s legislators and returning to the assemblies was not discussed. She expressed the hope that the issue of formation of a judicial commission to investigate alleged rigging in the elections would soon be resolved and said that only one or two points needed to be sorted out by the negotiating teams. Dr Mazari said her party would have no objection if the commission was formed through a presidential ordinance and expressed the hope that the court would not reject it. -dawn