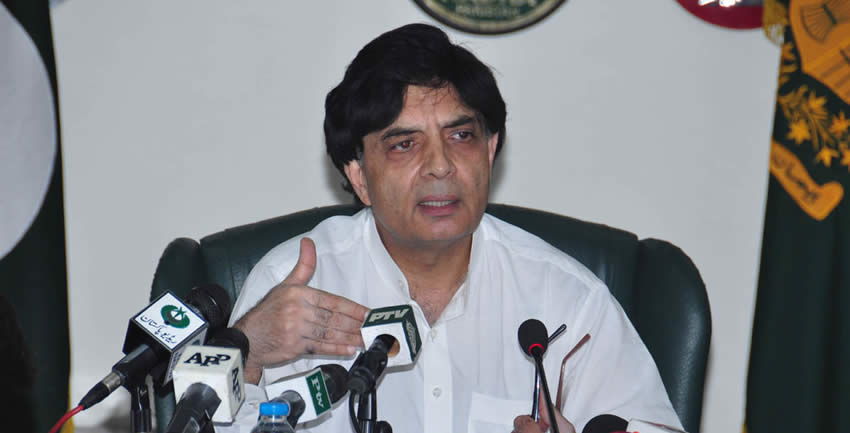 ISLAMABAD: A committee consisting of representatives of political parties – headed by Interior Minister Chaudhry Nisar Ali Khan – will meet here on Friday to thrash out a ‘national action plan’ to counter terrorism. But ahead of this all-important meeting, there does not seem to be much optimism among some of the parties involved in the process, who say there is little chance of a major shift in the government’s approach towards the issue of militancy.

Almost all political parties represented in parliament have nominated members to send to the committee, which was announced by Prime Minister Nawaz Sharif at the conclusion of the Multi-Party Conference (MPC) held in Peshawar on Wednesday, a day after a savage Taliban attack on the Army Public School left over 140 dead and hundreds more injured.

According to the PM, the committee has been asked to submit its plan within a week, which will be discussed with all stakeholders – including the army – before its implementation.

Despite a clear announcement by the PM that every political party would be asked to nominate one member, the PPP, Jamaat-i-Islami (JI) and MQM have nominated two members each. The JI will be represented by Mian Tariqullah, the party’s parliamentary leader in the National Assembly, and former MNA Fareed Ahmed Piracha. The MQM has nominated Dr Farooq Sattar and Babar Ghouri.

The Pakistan Tehreek-i-Insaf (PTI), which ended its over four-month-long sit-in outside parliament on Wed­nes­day, has nominated Dr Shireen Mazari for the committee. Talking to Dawn, Dr Mazari said that she had been nominated in view of her expertise on defence and security-related matters. A spokesperson for the PPP said the party had nominated former interior minister Rehman Malik and Qamar Zaman Kaira to represent them. Besides the interior minister, two of the PM’s special assistants; Khawaja Zaheer and Barrister Zafarullah, will represent the government on the committee.

Although the tragedy catalysed the coming together of leaders from across the political spectrum, some parties are going into the committee meeting without too many expectations. “Look at the composition. Most of the people in the committee appear to be Taliban apologists. What can you expect from it?” commented a member of the Muttahida Qaumi Movement (MQM).

Talking to Dawn on condition of anonymity, the MQM leader said that given the body language of leaders of other parties that were sympathetic towards militants, there did not look to be much hope. However, he said their party would sincerely present its viewpoint so that the country could move towards ridding itself of the scourge of extremism and terrorism.

Pakistan Muslim League Secretary General Senator Mushahid Hussain, who will represent his party in the committee, told Dawn the time had come to take drastic steps in order to eradicate the menace of terrorism from the country. The PML-Q leader said he had clearly told the PM during the MPC that if he would not act now, then someone else would. ”We should go beyond the national security policy already announced by the government so that people know that we can deliver,” he added.

He said that he would present concrete proposals, for inclusion in the national action plan, in the hope that the government would ensure the plan’s implementation. Senator Farhatullah Babar of the Pakistan People’s Party (PPP) also seemed cynical. “I am sceptical about this committee: the last time the government made big promises in its so-called national internal security policy, not a single rupee was allocated in the federal budget for its implementation,” he said.

He regretted that the security policy was not even presented before the Senate and that copies of the policy document were distributed among senators only after protests from members of the upper house. – Dawn