Police Get Ready for Nov 30 in a Big Way 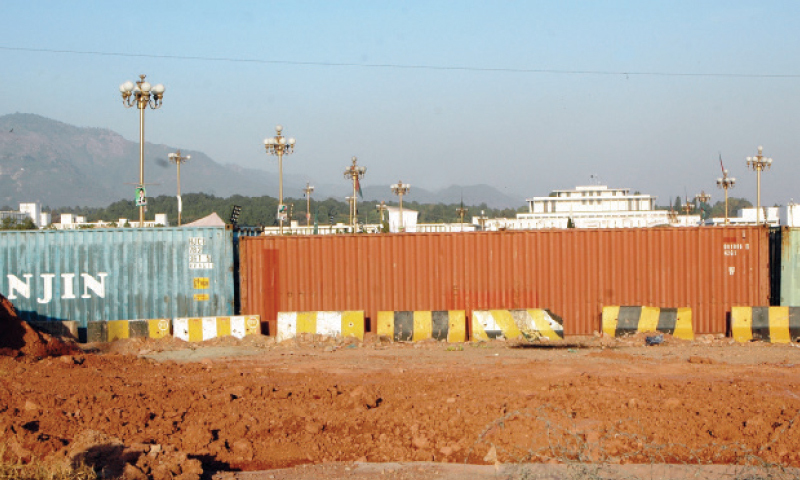 Police reinforcements from Punjab and Azad Kashmir started arriving in the city on Wednesday as the capital police rolled out their security plan for the PTI’s ‘decisive’ rally set for Sunday.

Police sources said reinforcements include three anti-riot units and six of women police. In addition to the more than 4,000 police from outside, units of Frontier Constabulary normally deployed in Islamabad will also be on call.

They will be camping in the Sports Complex, Haji Camp, the Police Lines Headquarters and community centres. Meanwhile, the local police have put bus terminals, transporters and eateries in the federal capital under watch to prevent them from facilitating the PTI workers and supporters arriving from other cities to participate in the rally. Police security plan describes them as “miscreants”. Police sources, however, doubted coercion would work with the service providers like transporters, petrol stations, restaurants and caterers, who made big money during the recent prolonged sit-ins by the PTI and Pakistan Awami Tehreek outside the parliament building. Police are also collecting information and intelligence about the so-called ‘miscreants’ of PTI, their close relatives and contacts, in order to pick them up quickly if orders come to arrest them.

Entry points of Islamabad will be sealed anyway from Friday night to stop the people coming from other cities for the PTI rally. Containers and razor-wire will be used to block access to the rallying point to motor vehicles and pedestrians alike, according to the police sources. However, the capital police high command will stick to their decision that the police force will not bear arms on the occasion. Only batons, teargas and rubber bullets will be used to control the crowd if it became violent or tried to march on protected buildings in the Red Zone. Senior police officers and their guards will however carry their arms. Some of them will monitor the PTI rally and its activists from control rooms to be set up at the Rescue-15 office, the Aabpara Police Station and the UBL Building near D-Chowk, the sources said.

A mobile command post of the district administration is proposed to follow the rallying public. There also exists an emergency plan which calls for health and welfare departments arranging ambulances and hospital facilities to take care of any casualties and injured. More than 1,500 teams of three members each – two carrying batons and the third handcuffs – have been formed to arrest rowdy elements and transport them to jail, after recording detailed information about them. In the meantime, the AIG and SP Headquarters are to ensure that anti-riot gears, APCs and other equipment needed for police action are available. They will also monitor the training and refresher courses begun for the police personnel in the use all that equipment. -dawn