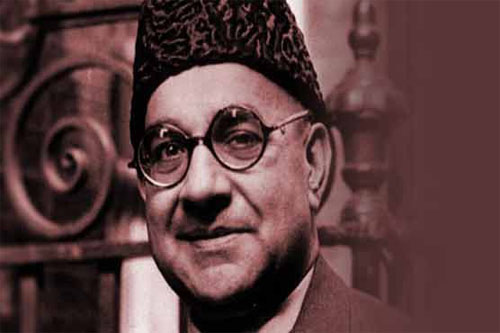 Born in Karnal‚ East Punjab‚ Liaquat Ali Khan was educated at the Aligarh Muslim University in India‚ and then the Oxford University in the United Kingdom.

Well educated‚ he was an Islamic democracy political theorist who promoted the parliamentarism in India. After being invited by the Congress Party‚ he opted for the Muslim League led by Mohammad Ali Jinnah who was advocating and determining to eradicate the injustices and ill treatment meted out to the Indian Muslims by the British government.

He pushed his role in the independence movements of India and Pakistan‚ while serving as the first Finance minister in the interim government of British Indian Empire‚ prior to partition.

Liaquat Ali Khan assisted Muhammad Ali Jinnah in campaigning for the creation of a separate state for Indian Muslims. Khan Liaquat Ali Khan was assassinated on 16 October 1951‚ during a public meeting of the Muslim City League at Company Bagh (later named Liaquat Bagh after him) in Rawalpindi. Upon his death‚ he was given the title of “Shaheed-e-Millat“‚ or “Martyr of the Nation”.

He is buried at Mazar-e-Quaid compound in Karachi. To mark the day‚ seminars and references will be held across the country where speakers will pay rich tributes to Liaquat Ali Khan who struggled with Quaid-e-Azam Muhammad Ali Jinnah to get a separate homeland for Muslims of sub-continent and later served as first prime minister at critical juncture. -dunyanews

LHC Orders Notice be Served On Qadri at sit-in