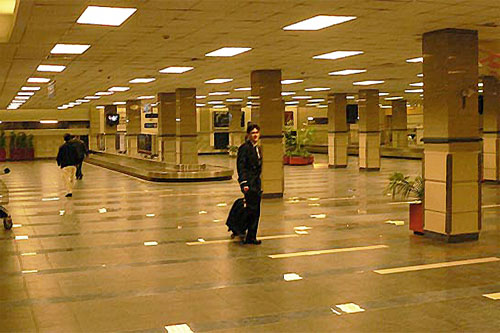 The chairperson of Senate Standing Committee on Cabinet Division and Civil Aviation on Monday expressed concern over increase in the estimated cost of New Islamabad International Airport.

The chairperson, Senator Kalsoom Perveen said technical faults and delay in the construction work had increased the cost from Rs37 billion to Rs85 billion.

Senator Perveen was speaking at a joint meeting of the standing committees of Senate and National Assembly on Civil Aviation at the new airport site. Besides the National Assembly Standing Committee Chairman Rana Mohammad Hayat Khan, the meeting was also attended by the two committees members. Secretary Civil Aviation Mohammad Ali Gardezi, Civil Aviation Authority (CAA) director and project director briefed the committee about the new airport project, a press release issued by the Senate Secretariat said. With the construction moving at snail’s pace, it seems the new airport will not be operational even by 2035,” Senator Kalsoom Perveen said. [contentblock id=2 img=adsense.png]

She said she was sure that the airport would not be ready by 2016 – the deadline given to the prime minister during his recent visit to the site. The CAA secretary briefed the committees that two runways, five aprons and 80 per cent of the terminal building had been completed while the remaining work would be completed by the end of 2016. The committee members were informed that initially the distance of the new airport from Kashmir Highway was just four kilometres but due to technical faults it had increased to 19 kilometres even from Sector I-16.

“It has led to an increase in the cost of construction,” the chairperson said, adding that construction work on a project of international standard had been started without any proper planning. Senator Perveen questioned whether any government functionary, who inflicted a loss to the national exchequer between 2004 to 2014 due to poor planning, been brought to justice? The prime minister knew all misappropriations in the project, but he released the grant, she said. -dawn