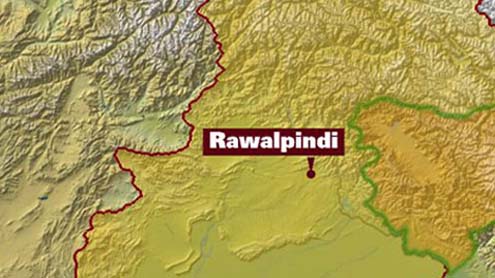 At least nine persons were killed and forty injured in a huge explosion occurred at Pir Wadhai near Sabzi Mandi on Wednesday morning here.

Sources that the Rawalpindi Sabzi Mandi located on the border of the twin city Islamabad and Rawalpindi was targeted, where the vegetable and fruit vendors usually flock in large numbers for making their purchases. The bomb suspected to have been planted in the fruit box was time device, which went off when the market was at its full bloom and crowded. Police and rescue teams have arrived at the scene of incident. The bodies and injured have been shifted to the PIMS hospital. Hospital sources said that some of the injured are in critical condition. -Thenews