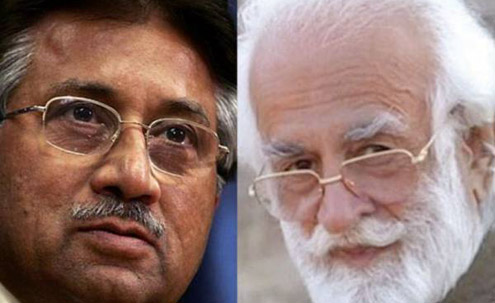 The court issued its orders while hearing a case pertaining to Baloch politician Nawab Akber Bugti’s 2006 murder in military operation in Balochistan. At outset of the hearing, Musharraf’s counsel filed an application to the court seeking exemption for his client from appearance in today’s proceeding. However, judge Tariq Anwar rejected the plea.

The judge issued orders for Musharraf to turn up in the next hearing on April 21 and warned that non-bailable warrants could be issued over his non-appearance. The former army ruler has been summoned by the ATC on April 25 in judges’ detention case, and also been ordered to appear on May 3 in Ghazi Abdul Rasheed murder case being heard by district court Islamabad. On Wednesday, the federal government principally decided not to allow Musharraf visit his ailing mother in Dubai. – SAMAA