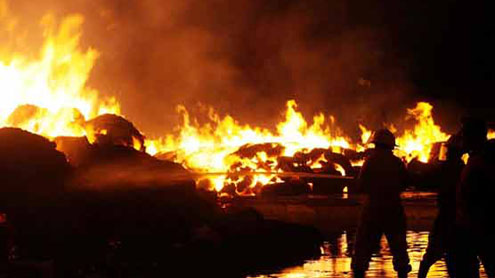 The fire erupted on the first floor of the Rainbow centre in Saddar early morning on Friday here gutted goods worth millions before it could be controlled.Fire Brigade on information initially sent two fire tenders and later two more were called to control the spreading fire that soon engulfed as many as eight shops before it could be doused after one and a half hour struggle. -Thenews