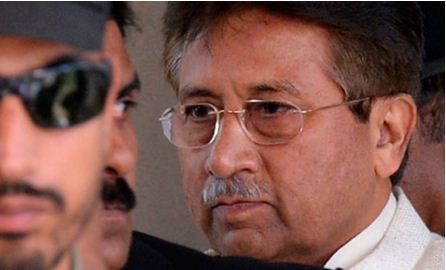 Former president retired Gen Pervez Musharraf is not likely to appear before the special court on Monday to face indictment in high treason case because of his ‘worsening health’ in the wake of hospitalization of her mother Zarin Musharraf in the UAE. 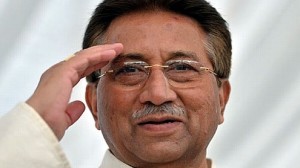 According to sources close to the former army chief, after the admission of his 95-year-old mother to the W.W. Wilson Hospital in Sharjah, the former strongman’s cardiac condition has deteriorated and he has been shifted to the intensive care unit (ICU) of the Armed Forces Institute of Cardiology (AFIC) where he has been under treatment since Jan 2. Mr Musharraf had to rush to the AFIC on Jan 2 after he suffered chest pain while he was on his way to the special court. Initially, he was kept in the ICU but was later shifted to a room.

The sources said that after Saturday’s news of ailment of his mother, Gen Musharraf had stopped meeting the visitors who used to call on him to inquire after his health. He, however, held a brief meeting with his senior counsel Sharifuddin Prizada and Anwar Mansoor Khan on Sunday, while his doctors did not allow others to meet him. Due to his health condition it is not likely that the doctors would allow Gen Musharraf to attend the proceedings where he would encounter harsh arguments of the prosecution team, the sources said.

The counsel would rather request the court to allow him to visit his ailing mother on humanitarian grounds, they said. Some lawyers of Gen Musharraf’s team also expressed the possibility of boycotting the proceedings on Monday as, according to them, the presiding officer of the three-judge court could not proceed with the high treason case because he had indicated during earlier hearing that he would not hear the case. On Friday, after an unexpected and unusual rising of the court comprising Justice Faisal Arab of the Sindh High Court, Justice Tahira Safdar of Baluchistan High Court and Justice Yawar Ali of Lahore High Court during the hearing, defence and prosecution lawyers assumed that the bench had recused itse lf from further hearing.

However, in its written order issued later in the day, the court clarified that it had risen only for the day. The special court again ordered Mr Musharraf to appear in person on March 31 to face treason charges for imposing the 2007 emergency. Rana Ijaz Ahmed Khan, counsel for Mr Musharraf, when contacted, said the bench should avoid hearing the matter further. He said that the defence co

unsel would raise objection and request reconstitution of the court. “We would also request the court to allow Gen Musharraf to meet his ailing mother abroad. In case the court would not consider our legitimate requests, the defence team would boycott the proceedings,” he said. “Since Mr Musharraf was already in the AFIC and after the sudden hospitalization of his mother his cardiac condition got worse, he is not likely to appear on Monday,” the lawyer said.

He said the government was also yet to notify screening of Mr Musharraf’s security staff. The interior ministry had issued a threat alert on March 10 that he could be assassinated by his own security guards, like former Punjab governor Salman Taseer was killed in January 2011, he said. Unless the officials of law-enforcement agencies were cleared by security agencies he could not attend the court proceedings, the lawyer said. Lawyer Ahmed Raza Kasuri, a leader of the All Pakistan Muslim League, said there was 50 per cent chance of Mr Musharraf appearing in Monday’s proceedings.  -Dawn