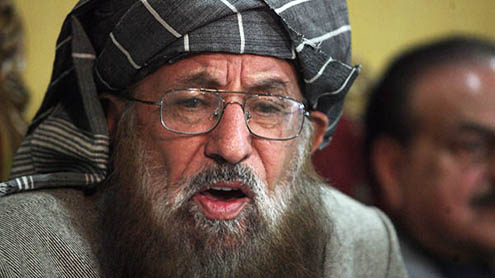 The banned Tehreek-e-Taliban Pakistan has called on the government to provide the militant organization with a ‘free peace zone’ so that they can move around safely to move forward talk process. Speaking to a BBC Urdu, Taliban Committee member Maulana Samiul Haq said that the Taliban were not able to move freely in the presence of army and FC checkposts and raids in many areas.

He said that there should be a ‘free zone’ to hold meetings if the negotiations were formally started. The cleric said that many TTP key commanders were underground due to fear of arrest. To a question, he said that he was not informed about hideout of TTP chief Mullah Fazlullah. Thenews