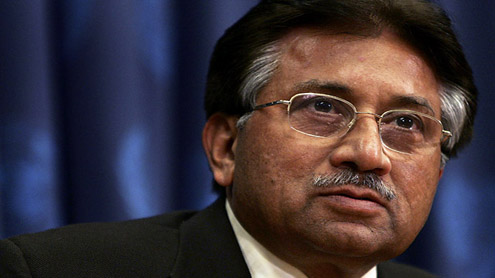 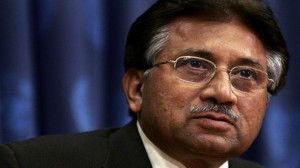 During proceedings, the former president’s counsel submitted a petition seeking exemption for Musharraf’s presence in court.A three-member bench headed by Justice Faisal Arab is hearing the case, while Pervez Musharraf failed to appear despite the court’s summon.

Pervez Musharraf’s counsel Anwar Mansoor pleaded that his client’s petitions challenging the appointments of the prosecutor and judges should be taken up first, as during the entire week-long hearing at no point was this petition heard. He said that if the hearing proceeded without deciding on the petitions it would be injustice to his client. Justice Faisal Arab intervening said proceeding in the case were deferred on three consecutive hearings, adding it is not our personal matter whatever case comes before the court it is our responsibility to hear.