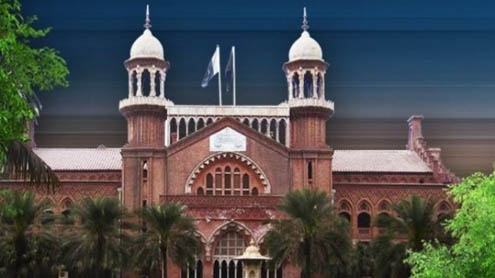 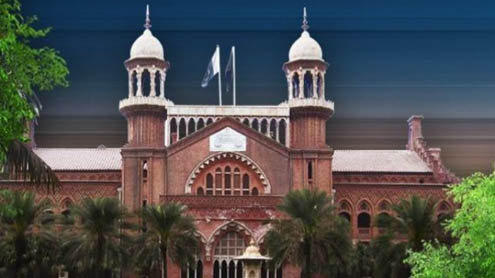 Chief justice directed the joint secretary, Zargham Eshaque Khan to submit till February 7 a detailed report duly supported with documents on the following points: The steps being taken by the federal government to curtail electricity supply from 650 MW to 350 MW to KESC from the national grid; progress in the audit of Rs 480 billion made by the federal government to private power producers, guidelines on procurement, repair and maintenance of hardware by Distribution Companies (DISCOs) and the issue of over billing by DISCOs to law-abiding customers in conflict with the meter reading system installed by the federal government at grid stations.

Khan assured that guidelines to prevent over billing and checking electricity theft shall be issued to DISCOs. The joint secretary also submitted that there were three contractual defaults by the KESC. These alleged defaults are: non-payment of Rs 54 billion as presently outstanding power supply dues to the NTDC; recourse to withdrawal of power from NTDC without first establishing non-availability of 2424 MW power to KESC from its own and other contractual power supplies and last is continuous withdrawal and power from NTDC in excess of 650 MW beyond contractual specified period of 60 minutes.

Khan also submitted that other than these contractual violations by KESC, no contractual dispute had yet been raised against it by the NTDC. He said that KESC was asserting a contractual right to recover power supply from NTDC by defying the CCI decision. Chief justice remarked, “As a result, the CCI decision is exposed to adversarial adjudication at the instance of alleged contractual defaulter seeking contractual enforcement against NTDC. CCI is the highest constitutional body of the State which combines the executive governments of the federation and the provinces.

Bypassing the contractual dispute resolution forum and being a contractual defaulter are flaws that must be exposed before a court of law to retain a private contractual challenge to the authority of the highest constitutional executive body of the State, he added. Chief justice directed the joint secretary to submit report on the stand taken by the federal government on this matter.

Joint secretary also said that the board of directors of all public sector power companies had been reconstituted in accordance with Public Sector Companies (Corporate Governance) Rules 2013. Chief Justice directed him to submit relevant record till next date of hearing. This application was moved by Judicial Activism Panel chairman Muhammad Azhar Siddique.

Applicant submitted that the electricity shutdown for 10 to 12 hours a day had again been started and public had to face this problem even in winter season. He submitted that the public was under heavy burden and psychological pressure due to non-availability of electricity for long hours. He said that per unit electricity tariff was increasing very rapidly without any justification. He submitted that different letters to NEPRA had been written wherein it had been brought into its notice that DISCOs were overcharging on consumers in order to fill their record and hide their misdeeds.

He said that NEPRA had finalised the annual tariff determination for the year 2013-2014, which includes insertion of certain irrelevant and other charges, and prima facie, no attempt has been made to verify the purchase data and as such the annual determination was finalised in a hasty manner. He said it was very much clear that government was acting on the directions of IMF for the purposes of increasing electricity tariff.

He said that due to government failure to construct dams and water reservoir, the public at large was facing serious consequences apart from reduction of line losses and theft of furnace oil. He said that the Supreme Court of Pakistan on December 10, 2013 had decided the matter regarding unprecedented load shedding which covered other issues as well. He requested that the apex court’s verdict should be implemented. -DailyTimes


He also requested that the federal government should be directed to place before this court the quantity of gas being supplied to the domestic and commercial consumer and as well as to the power sector as currently domestic consumers are being badly affected due to non-availability of gas and as well as the electricity. He further requested that directions should be issued for placing the information and documents so that the fundamental rights of citizens of Pakistan may be protected and preserved. DailyTimes