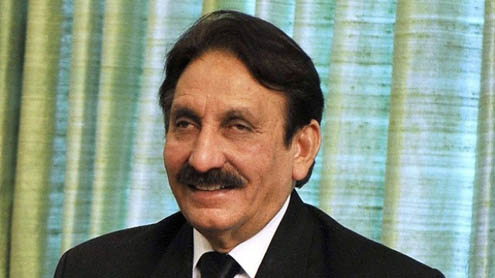 Eventually he handed over the car which was then provided to the incumbent Chief Justice of Pakistan, Tassaduq Hussain Jillani. The former chief justice’s last-minute change of heart relieved the authorities concerned as there was some reluctance to dispose of an expensive vehicle for a small amount under the said policy.

Sources in the law ministry told Dawn that a few days before his retirement, Justice Chaudhry, through registrar of the Supreme Court Dr Faqir Hussain, wrote a letter to the cabinet division suggesting that he retain the official bullet-proof vehicle he was using after paying for the car under the monetisation policy.

In 2011, the government of Pakistan Peoples Party introduced the policy allowing monetisation of transport. Under the policy, the civil servants working in BPS-20 to BPS-22 and eligible for official vehicles could buy the cars in their use — once 15 per cent was deducted for each year it had been in use from the original purchase price.

Observers are of the view that after the deductions, the 2005 bullet-proof car would not have cost much. That’s perhaps why the division did not respond to the request of the former chief justice.

Just before the retirement of Chief Justice Chaudhry, the apex court’s registrar followed up on the request, suggesting that the cabinet division provide a new bullet-proof car for Chief Justice Jillani.

On December 13, Zubair Sabir, a deputy registrar at the Supreme Court, withdrew the request; by then Justice Chaudhry had retired.

In a letter addressed to the cabinet secretary, Mr Sabir said: “Since the bullet-proof car has been returned by the former Hon’able Chief Justice, thus no bullet-proof car is required” for Chief Justice Jillani. It added “the request made by us vide our letter dated December 12, 2013, referred to above may be treated as withdrawn”.

An official of the cabinet division explained that the first letter sent by the registrar was in process when the Dec 13 letter arrived, withdrawing the earlier request.

Interestingly, the letters to the cabinet division were not the only ones sent to arrange a bullet-proof car for the chief justice after his retirement. Earlier on November 6, the ministry of interior had been asked for one.

Pointing out that “Mr Justice Iftikhar Muhammad Chaudhry, Hon’able Chief Justice of Pakistan… shall lay down the robes of the office on 11th December 2013,” the letter added that “you may, therefore, kindly make the requisite security arrangements for him/his family including the provision of a bullet-proof car”.

It is important to note that on October 17, 2009, the National Crisis Management Cell (NCMC) of the interior ministry had issued an alert stating “reportedly terrorists have selected following as likely targets for sabotage activity using suicide bombers / impoverished explosive device”. The list of names that followed had Justice Chaudhry’s name on the top.

After he retired, the cabinet division on December 18 provided a 1991 Mercedes Benz to the former chief justice.

This was returned the same day, as according to a letter sent by the SC’s registrar office to the cabinet division, “the condition of the said vehicle is dilapidated which does not meet the requirements of travelling. As such, as per the direction of his lordship’s vehicle has been returned to cabinet division”.

The retired chief justice was finally provided a bullet-proof car after the Islamabad High Court ordered it.

While providing the car, the cabinet division also issued a notification saying the car was being given for three months. However, in his order, IHC Justice Shaukat Aziz Siddiqui held that the “time-specific clause is unfeasible, unrealistic and is discriminatory”.

Dr Faqir Hussain told Dawn that the request of the former chief justice for a bullet-proof vehicle under the monetisation policy has not been withdrawn.

He said the matter was still under consideration of the authorities.