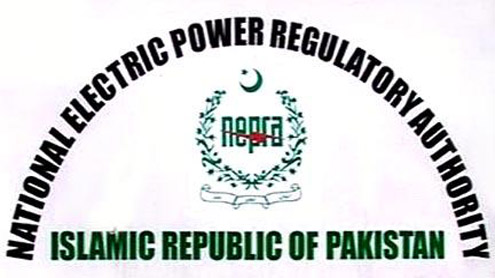 The National Electric Power Regulatory Authority (NEPRA) has issued a notification regarding provision of relief worth Rs 35 billion to electricity consumers following a review of the previous fiscal year’s fuel price adjustment.

Earlier, the regulatory authority, during a public hearing, had taken a final decision pertaining to provision of relief to masses on account of fuel price adjustment from July 2012 to May 2013. The decision was ostensibly taken due to change of date in the tariff notification of DISCOs following the issuance of a gazette notification of Reference Fuel Cost (RFC), on August 5, 2013, by the Power Ministry, making it effective from July 1, 2012. Similarly, due to late submission of applications by the DISCOs to the regulator for determination of RFC, the regulatory authority, NEPRA, determined monthly RFC of DISCOs for the financial year 2012-13 in April 2013 on the basis of RFC of FY 2011-12. A total 74 billion units of power were sold to the DISCOs during this period.

Meanwhile, State Minister for Water and Power Chaudhry Abid Sher Ali on Sunday said that the Karachi Electric Supply Company (KESC) was involved in the biggest electricity theft in the country’s history, as the power distributor had been withdrawing 350 megawatts above its allocation from the system. Addressing the textile exporters at the Pakistan Textile Exporters Association (PTEA), Ali said that SEPCO (Sukkur Electric Power Company) had to pay Rs 50 billion in arrears to the Ministry of Water and Power. “KESC is involved in the biggest theft of electricity in the history of the country.

According to an agreement, the company was being provided up to 650 megawatts, which it was allowed to withdraw from the system. However, the company had been withdrawing 850 to 900 megawatts from the system,” the minister said. “We will revisit the agreement. We will also revisit the additional 350MW. We have moved courts against them (KESC authorities), as it is a blatant violation.” Moreover, the state minister said that 60 percent of the feeders in Khyber Pakhtunkhwa were running on 99.9 percent losses.

He said that due to non-payment of dues, electricity supply to government departments in the province has been discontinued. He alleged that the Pakistan Tehreek-e-Insaf (PTI) parliamentarians were proving to be a hurdle in the way of operation against electricity defaulters in Khyber Pakhtunkhwa. “If we look at Khyber Pakhtunkhwa, around 60 percent of the feeders are being run on 99.9% losses, and around 108 feeders are being run on more than 80% losses.”