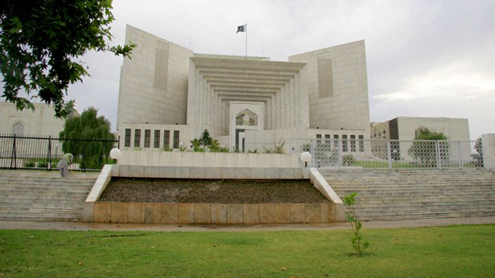 The Supreme Court on Monday sought a reply from the federation over withdrawal of subsidy on power tariff. A three-member bench comprising Chief Justice Iftikhar Muhammad Chaudhry.

Justice Jawwad S Khawaja and Justice Amir Hani Muslim issued the directives during the hearing of a suo motu case regarding prolonged power load shedding in the country. The court observed that Pakistan was a welfare state and the government should not take steps that could affect the interest of general public. It directed the government to explain the reasons for withdrawal of the subsidy.

The court also sought details from the Pakistan Electric Power Company (PEPCO) and the National Electric Power Regulatory Authority (NEPRA) about the subsidies given so far on electricity tariff to the public. The chief justice questioned whether the consumers’ point of view was heard before withdrawal of the subsidy. The CJP said only law would work in the country instead of some individual’s whims. “How much subsidy was given by the government and why is it being stopped now? People friendly policies should be formulated in a welfare state. Hike in power tariff ensues a storm of inflation. The Government should be compassionate with the people.”

Justice Jawwad Khawja remarked a country was governed by its own laws, and the law of “the US, UK and France does not work in our country”. “Formulating the policy is the domain of the government. But this cannot be evolved against the fundamental rights. Time has come that everything runs in the country in tune with law and constitution.” The justice said constitution and law had vested “certain responsibilities with us and it is imperative that these should be discharged. We will stop if the government frames energy policy in derogation to fundamental rights”.

The CJP said if fertilizer had to be provided to farmers on exorbitant rates, what was the use of providing gas to fertilizer companies at subsidized rates? “The government should look into the matter in this perspective.” While seeking a new energy policy and details of the subsidy provided by the government since 2006, the court adjourned the hearing of the case until today (Tuesday). -Pakistantoday