Donation to PM’s Fund for Affectees of Earthquake in Balochistan 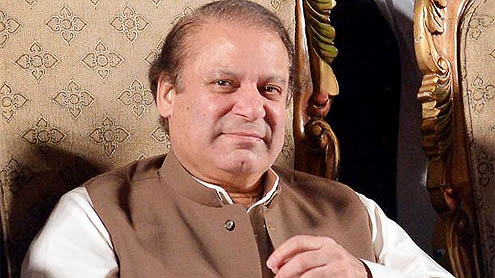 He victims and affectees of earthquake in Balochistan direly need your support and help at this moment of disaster. Please donate for this noble cause generously.

LAHORE, Oct 18 (APP): Prime Minister Muhammad Nawaz Sharif Friday said state has the right to take pre-emptive steps for protection of its citizens and a special counter terrorism force (SCTF) would be formed soon in Punjab.He said this while chairing a meeting here on Friday wherein he was given a presentation on SCTF in Punjab.Punjab Chief Minister Mian Muhammad Shahbaz Sharif, Punjab Inspector General (IG) Khan Baig and officials of various law enforcement agencies also attended the meeting.

The Prime Minister directed that the new force should be raised immediately with a new command structure and be professionally sound, competent and adequately paid. He said anti terrorism force structure would be separate from that of police The Prime Minister said a new force is needed to deliver in the right direction and he expects that this (new force) will help in eliminating extortionists and target killers.

He said, “Law enforcement agencies need to show zero tolerance towards heinous crimes In this regard, the Prime Minister said, “We have promulgated laws which would deal with the enemies of the state within the framework of our Constitution and based on principles laid down by our founding fathers.”

Senate and House Pass Bill to re-Open the Government, Raise the Debt Ceiling