by top3
in National
0 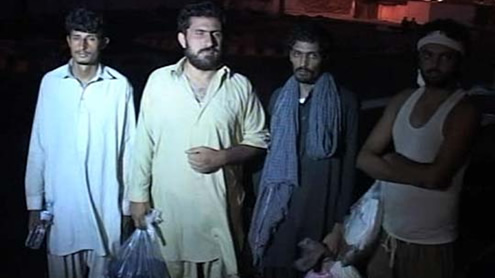 At least 570 Pakistanis, who were deported from Masqat, Oman, Friday reached Pakistan after suffering from lack of food and basic necessities during their trip.

Karachi Port Trust (KPT) spokesman confirmed the news and said that the deported Pakistanis were received by Pakistani officials at Ghass Bander port in Karachi.  The spokesman said that a food arrangement was also made for the Pakistanis who suffered from lack of food during the trip.

Federal Investigation Authority (FIA) and Custom officials were also present on the port in order to check the luggage and documents of the deportees.  It may be noted here that 570 Pakistanis were deported from Oman in a boat namely Al-Basit. The vessel was stopped when it entered in Pakistani sea limits.

But later on the reports relayed on different news channels, Federal Minister Babar Ghauri said that the sailed Pakistanis would be brought to Ghass Bander Kemari where FIA would completely take care of them. -Dunyanews