by top3
in Business, National
0 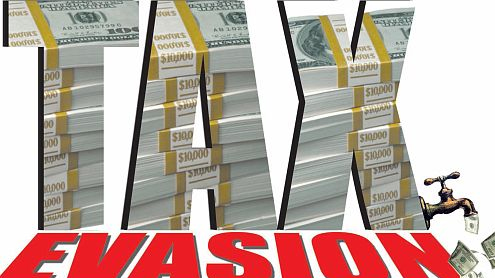 ISLAMABAD: The chartered accountants are helping corporate and other sectors evade almost Rs 800 billion in taxes, out of which direct taxes are to the tune of Rs 630 billion while corporate sector, the most documented sector, is avoiding Rs 415 billion, said Federal Board of Revenue (FBR) Chairman Mumtaz Haider Rizvi on Friday.

The FBR chairman highlighting the role of chartered accountants and tax practitioners in tax evasion said, “The cement industry claims that it has paid Rs 200 billion taxes, however, this amount was charged from consumers and paid to the national kitty and cement sector has paid no income tax since the last four years.” Oil companies and sugar industry are paying negligible tax and direct tax collection from textile sector is actually negative, he added. He was speaking at a Pre-Budget Seminar organised by Association of Chartered Certified Accountants Pakistan (ACCA) held at a local hotel. The chairman said that businessmen are forced to pay bribe to 38 institutions and in this situation it is hard for people to do business. He also mentioned that we should end the blame game now and start realising the truth, if anybody is paying Rs 10 as bribe to the Federal Board of Revenue (FBR) employees is actually saving his Rs 90 and also putting corruption allegations on the tax machinery. If, FBR employees are corrupt then those who are bribing them are also corrupt. The FBR’s new management cannot correct all wrongdoings in a day, however, it has started its journey towards a new dimension for transparent tax system in the country and this journey would help secure future of the generations to come, he added.

He said that under the constitution taxing agriculture and services sector is the right of provinces and it is the duty of the provinces to increase their revenues for improvement in the tax-to-gross domestic product (GDP) ratio in the country as it is the national obligation. He mentioned that taxing retailers is a big task and provinces can help tax revenue potential from retailers. He commended the revenue collection of Rs 19 billion by Sindh Revenue Board and suggested other three provinces to come up with similar arrangement of tax collection to diversify their resource mobilisation options. Speaking about objectives of the budget 2012-13, the FBR chairman said that next year’s budget would be investment-friendly, employment creating and growth-oriented budget. No new tax would be imposed, no increase in the rate of tax and duty, rates of taxes and duties will be brought down and customs duty would be slashed from existing 9 to 5 or 7. He said that from July 1, 2012 customs tariff would be made transparent and predictable for the investors, rate of import duty mentioned in the Pakistan customs tariff would be applicable on imports and there would be no mismatch in rates of duty mentioned in tariff and SROs.

He also said that FBR would try to reduce numbers of SROs for transparency purposes. The FBR chairman mentioned that the public is worried about the economic conditions of the country, everybody knows the challenges faced by the economy and the country. Current account deficit, trade deficit, budget deficit is growing, tax gap is moving upwards, energy crisis is impacting growth and economy, debt is rising and its repaying would burden the national kitty. He said that the solution is very simple and this is not a rocket science to correct the things. He said that new team at FBR has started from the beginning to correct the things keeping in view the mistakes done in the past so as to chalk out a future road map. – DailyTimes