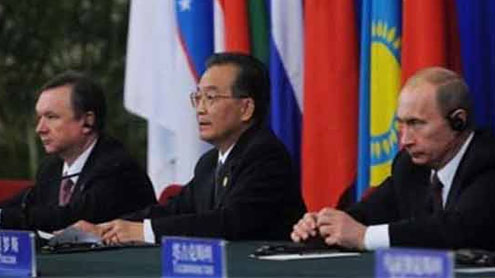 Russia on Monday, for the first time, publicly endorsed Pakistan’s bid to get full membership of the Shanghai Cooperation Organization (SCO).Russian Prime Minister Vladimir Putin made this announcement in response to Prime Minister Syed Yusuf Raza Gilani’s address at the 10th Heads of Government meeting of SCO, at the Constantine Palace here.

The Russian Premier also supported Prime Minister Gilani’s proposals for implementing trade and energy projects.He announced financing 0.5 billion US dollars for the CASA-1000 that would ensure power transmission from Tajikistan and Kyrgyzstan to Pakistan and Afghanistan.

Eid-ul-Adha a celebration this year or?