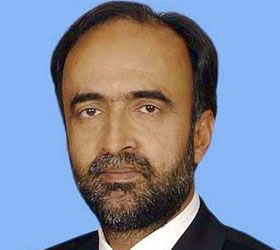 ISLAMABAD – Federal Minister for Information and Broadcasting, Qamar Zaman Kaira on Sunday said that democracy is restored in the country following unprecedented sacrifices by the Pakistan Peoples Party (PPP) leadership and its workers.

He said the PPP government is making sincere efforts, with the support of the provincial governments to steer the country out of prevailing flood crisis and is striving for the development and prosperity of its people.Commenting at a private news channel on Prime Minister Syed YusufRaza Gilani’s address to Lahore Chamber of Commerce and Industry, the information  minister said through his address the prime minister had rejected all rumors spread by a section of media about change in the government.
The premier had clearly said the Constitution of Pakistan envisages a purely democratic setup of governance for the people, the information minister said.

The prime minister had said that this clearly means that there is no room for any undemocratic upheaval in our system of the government and the constitution allows people of Pakistan to change the system of government and not to any institution,” the minister added.
Kaira said that the democracy is fully restored in the country and issuing statements against the democratic set up will strengthen only anti-democratic forces.

The information minister said, “Democracy alone is the only cure of all our problems.”
He said the fact is that greater national unity and harmony just cannot be achieved through undemocratic adventures, adding that the procedure to change the government exists in the constitution.

The minister said democracy is restored in the country following extraordinary efforts and there is a need to further strengthen the democratic system for a better Pakistan and welfare of masses.
He said, “One section of the media is busy against the present democratic set up and address of the Prime Minister was a clear message for them that the PPP government is strong and will complete its tenure.”       The minister advised the media to avoid spreading rumors that could be harmful for the democracy and for the democratic institutions.

Kaira said PPP is working along with the allies for the development and prosperity of the country.

He said due to the sincere efforts of the PPP government the industrial and agriculture sectors are showing boost. – App