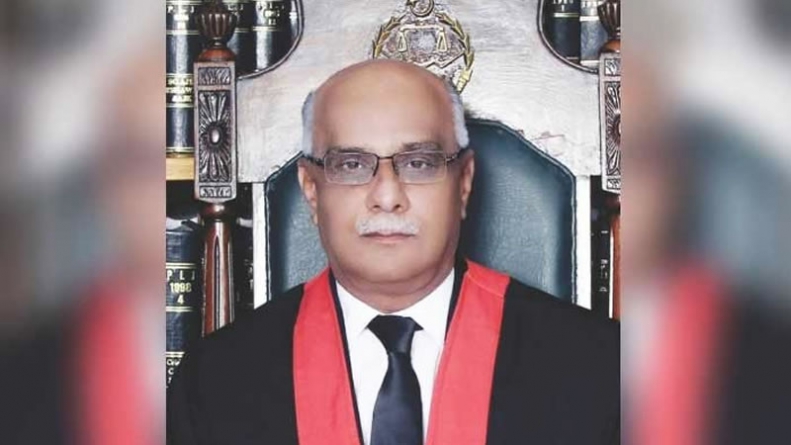 Peshawar High Court (PHC) Chief Justice Waqar Ahmad Seth passed away on Thursday at the age of 59, days after contracting the coronavirus and being shifted to a private hospital in Islamabad.

Justice Seth had tested positive for Covid-19 on October 22 and was subsequently admitted to a hospital in Peshawar, a protocol officer of the high court, Zubair Hussain, told Dawn.com.

He was later shifted to the Kulsum International Hospital in Islamabad, where he succumbed to the virus, Hussain added. He leaves behind a wife and a daughter.

His funeral prayers will be offered on November 13 at the old Army Stadium ground in Peshawar at 2:30pm.

Justice Seth, who took oath as the PHC’s top judge in June 2018, has presided over a number of high-profile cases, with one of his important judgments being the acquittal of 74 convicts of military courts, most of whom were awarded death sentences.

On December 17, 2019, the PHC chief justice while heading a special court had handed down the death sentence to former president retired Gen Pervez Musharraf in the high treason case for imposing emergency in the country on November 3, 2007.

The judgment was termed historical by legal circles as it was the first time a former military ruler was sentenced to death for abrogation of the Constitution.

Born on March 16, 1961, Justice Seth received his early education in Peshawar, before graduating with a Bachelor of Science degree from Islamia College, Peshawar, in 1981. He completed his LLB from Khyber Law College, Peshawar in 1985 and graduated with an MA in Political Science from the University of Peshawar the following year.

In 2011, Justice Seth was elevated to the bench as an additional judge. During his career, he has worked as a banking judge and a company judge of the Peshawar High Court. He was also appointed as a member of the Subordinate Judiciary Service Tribunal, Peshawar, before taking oath as the chief justice of the PHC.

Condolence messages started pouring in minutes after news of Justice Seth’s demise was aired on the media.

Prime Minister Imran Khan said he was saddened to learn of the passing of the PHC chief justice. “My condolences & prayers go to his family,” he tweeted.

Army chief General Qamar Javed Bajwa expressed grief over his demise and condoled with the bereaved family, the ISPR tweeted.

Speaker of the National Assembly Asad Qaider said he was deeply saddened by Justice Seth’s demise and prayed for the departed soul.

“You will be alive in history & remembered as a hero,” tweeted PML-N vice-president Maryam Nawaz.