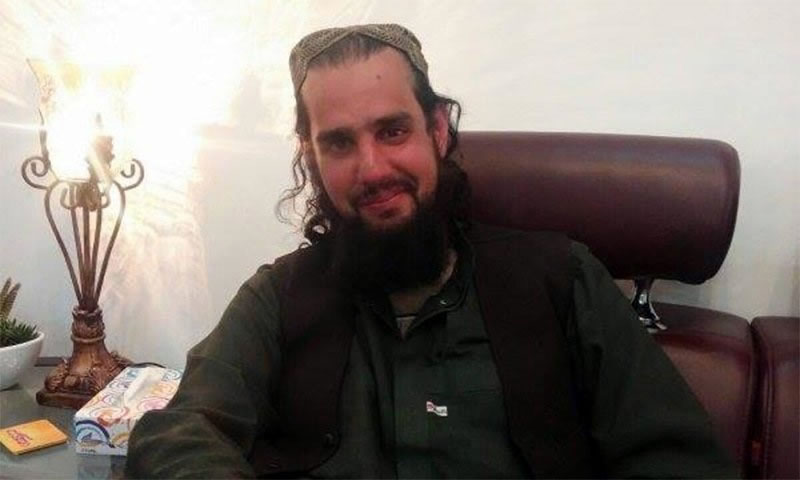 The son of slain former Punjab governor Salman Taseer, Shahbaz Taseer, was recovered by security and intelligence forces from Balochistan’s Kuchlak area on Tuesday, nearly five years after his abduction in 2011.

“Intelligence agencies have recovered Shahbaz Taseer from an area near Kuchlak, Balochistan,” said a statement released by the Inter-Services Public Relations (ISPR).

The military shared photos of Shahbaz with a short statement that he is “hale and hearty”. He has now been shifted from Kuchlak to Quetta and is reportedly in stable condition, a security official told Dawn.com. Doctors were also called to conduct a medical checkup, he added. Interior Minister Chaudhry Nisar Ali Khan, who was briefing the Senate on the National Action Plan when the news of Shahbaz’ recovery broke, also confirmed the development. “I have some good news. I just received information regarding the recovery of Salman Taseer’s son.”  Aitzaz Goraya, head of the Counter-Terrorism Department (CTD) Balochistan told media: “Shahbaz Taseer has been recovered from Kuchlak area of Balochistan.”

“Secret services and CTD personnel conducted a raid at a compound in Kuchlak and recovered a person identified as Shahbaz Taseer.” Kuchlak is a windy town some 25 kilometres north of Balochistan capital Quetta. The district also houses a large number of Afghan refugees. Security sources are yet to confirm the arrest of kidnappers during the recovery operation. Goraya described Shahbaz, who is in his early thirties, as being in “stable” health. “We surrounded the compound and we raided it. We didn’t find anyone. A single person was there and he told us my name is Shahbaz and my father’s name is Salmaan Taseer,” he said. But the owner of a roadside restaurant in Kuchlak told reporters that Taseer was recovered after he came to his restaurant on foot on Tuesday evening, made a phone call and then personnel from the Frontier Corps came and picked him up.