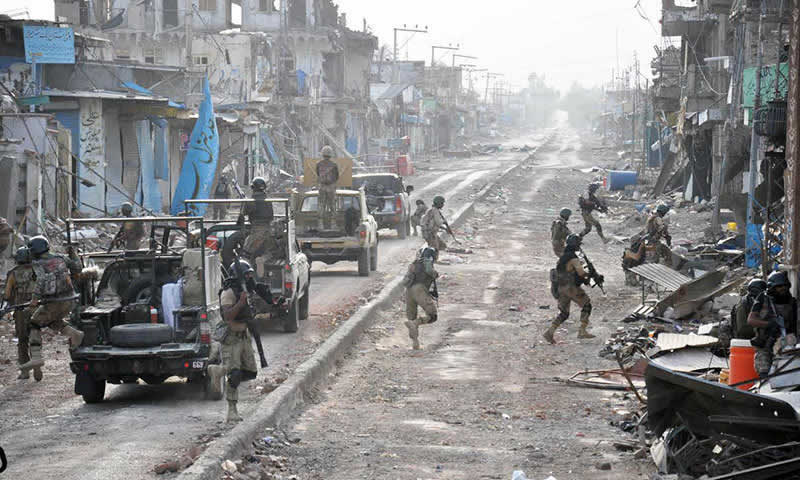 The military expressed concern on Tuesday over delay in release of funds for repatriation and rehabilitation of temporarily displaced persons (TDPs) and lack of progress on reforms in the tribal region, according to sources privy to the deliberations at a meeting of the Apex Committee of Khyber Pakhtunkhwa.

The sources said the delay in allocation of funds for phase-I and phase-III of rehabilitation and permanent reconstruction projects and non-disbursement of housing subsidy by the federal government were flagged as some of the core issues affecting the timely return of the TDPs to their homes.

Chief of the Army Staff Gen Raheel Sharif presided over the meeting which was attended by Corps Commander Peshawar Lt Gen Hidayatur Rehman, Governor Sardar Mahtab Ahmad Khan, Chief Minister Pervez Khattak and senior civil and military officials. The sources said that as per the plan the repatriation of all TDPs to their areas was scheduled to be completed by November this year. The meeting was told that 42 per cent of the TDPs had so far been repatriated while the rest (171,304) were expected to be rehabilitated by the stipulated time.

“The military has gone in and has cleared the area,” the sources said. “Now is the time for the TDPs to return with honour and dignity,” said the sources requesting they not be named. “How long are they going to wait? The return of peace is linked with the return of tribal people to their homes. It is a major challenge.” According to the sources, the federal government allocated Rs80 billion during the current financial year, Rs30bn of which, spread over three years, is meant for permanent reconstruction, payable in equal installment of Rs10bn. The rest of the money is to be spent on payment of housing subsidies, repatriation and rehabilitation of the TDPs. They said that only 15 to 20pc of the allocated amount had been released, some of which remained stuck due to procedural issues.

“If there are procedural issues and rules have to be amended these should be done whether through an ordinance or through an act. People have no concern with rules and procedures; all they want is to return with honour and dignity and as soon as possible,” the sources said. An official in the Fata Secretariat acknowledged that there had been some delays. He said that a summary had been moved to the Prime Minister Secretariat on Dec 22 for approval of changes in conditionalities in the Islamic Development Bank-funded housing subsidy scheme. The matter remained pending awaiting PM’s approval for a month and a half now, the official said.

He also acknowledged the delay caused in transfer of money to the military because of financial rules and regulations at the level of the Auditor General of Pakistan Revenues. “There are procedural issues which delay the release and transfer of money. Unless the rules are amended there is no way the process can be speeded up,” the official said. Identified as procedural hiccups, the Apex Committee meeting was informed about the delays in identification of projects, preparation of paperwork and release of funds by the federal government and its execution, besides capacity issues of the civil line departments.