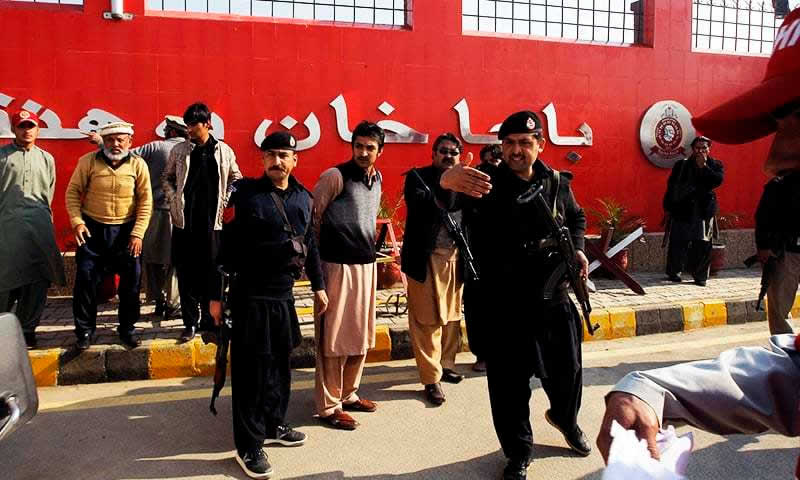 In a major breakthrough, intelligence agencies have claimed to have arrested the main facilitator of the attack on the Bacha Khan University that left about 20 people dead and several others wounded, credible sources said. According to them, Waheed Ali alias Arshad, categorised as “Terrorist A”, was arrested in Nowshera last week.

“He had made arrangements to flee to Afghanistan and hired a taxi to take him to the Pak-Afghan border at Torkham. Had there been any further delay, the man would have slipped away,” the sources said.

“He had shaved his beard and had packed up. His taxi was intercepted and he was picked up after positive identification,” said the sources, requesting they not be identified. In his initial statement, according to the sources, the alleged facilitator who is in his early 30s said the planning of the attack on the university had been in works for six months in Achin district of Afghanistan, the base of the militant commander Khalifa Omar Mansoor alias Omar Naray. He said he had surreptitiously made videos of the Punjab Regiment Centre and a police station in Mardan as possible targets and taken the footages in a memory chip to Omar Naray, but the plans had been dropped because of heavy security in the two places.

The mastermind and planners, Waheed said, later opted for Abdul Wali Khan University in Mardan and prepared a group of four militants to carry out the attack. He said that he was the one who had made the video of the four attackers with Khalifa Mansoor and that was the reason why the Abdul Wali Khan University was mentioned in the video. He said Khalifa Mansoor had provided him Rs1 million to execute the plan and procure arms and ammunition for the attack.

The plan to attack the Abdul Wali Khan University was also cancelled because of better security arrangements and the mastermind was informed about the new target in Charsadda. According to the sources, the suspect said he had brought with him two attackers while the other two were already with another facilitator, Riaz, in Charsadda. He identified the four attackers, including an Afridi, one from Orakzai, one from Swat and one from South Waziristan. Waheed met Baitullah Mehsud in 2008 and has since been associated with the outlawed Tehreek-i-Taliban Pakistan. He had fled to Karachi where he was involved in extortion. He did his matriculation from Karachi and had lived there in the past as well.

He is fluent in Urdu. According to the sources, Waheed returned to his native town of Amankot in Nowshera about nine months ago and established contacts with Khalifa Mansoor. He had been to Afghanistan a few times to coordinate attacks. The alleged facilitator also provided the names of people from whom he had procured arms and ammunition. With the arrest of the main facilitator, security agencies had completed the ring of all facilitators of the Charsadda attack. Five other suspects identified as facilitators in the attack are already in the custody of security agencies.