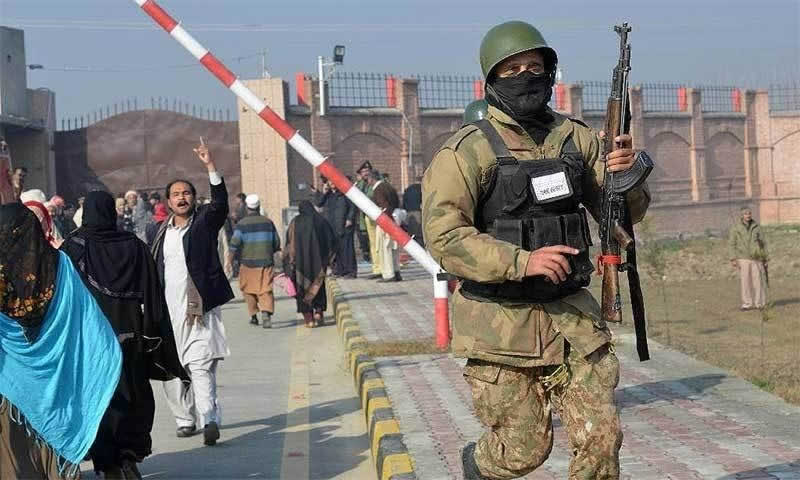 The Foreign Office on Monday summoned the Afghan Charge d’Affaires, Syed Abdul Nasir Yousafi, to convey Pakistan’s concern regarding the use of Afghan soil by terrorist elements in the Bacha Khan University attack, said a statement issued from the FO.

At the FO, Afghan envoy Yousafi was told that the university attack investigations had established that the mastermind, planners and handlers had used Afghan soil and telecommunication network for executing the deadly strike.

The statement further said relevant evidence had also been shared with the Afghan diplomat. It was conveyed to the Afghan government that they must take action against the perpetrators of the terrorist attack and extend cooperation to Pakistani authorities in order to bring them to justice, it added. At least 21 people were killed when unidentified gunmen entered the Charsadda’s Bacha Khan University last week and opened fire on students and faculty members.

The mastermind of the APS Peshawar attack, Umar Mansoor, of the banned Tehreek-i-Taliban Pakistan (TTP) Geedar group claimed the attack through a post on his Facebook page, adding that four attackers were sent to the university. Five suspects have so far been arrested for acting as “facilitators” to the attack, Pakistan Army’s media wing said Saturday. Army Chief Gen Raheel Sharif had phoned Afghan President Ashraf Ghani and Chief Executive Abdullah Abdullah a day after the barbaric university attack to inform them that evidence pointed towards the Afghanistan connection. The evidence was soon afterwards delivered to Afghan authorities through military channels.

The FO statement also acknowledged that “the relevant details have already been shared with the Afghan side”. The Afghan government has on a number of occasions vowed not to allow its soil against Pakistan. More lately, the countries participating in Quadrilateral Coordination Group on Afghan reconciliation resolved to undertake “a robust effort to eliminate all forms of terrorist groups, regardless of their national origin, operating in their respective territories”. The Pakistan Army has been leading a ground and air operation against militants in the country’s tribal areas since June 2014.

The military claims as a result of its operation, which it says has seen phenomenal success, several terrorists have crossed the border into Afghanistan, from where they are now operating. Last year, at least 13 terrorists attacked a Pakistan Air Force (PAF) camp in Peshawar’s Badaber area leaving at least 42 people, including the attackers, dead. TTP spokesperson Muhammad Khorasani had claimed responsibility for the attack in an e-mail sent to journalists. The DG ISPR had back then also claimed that the Badaber attack wasplanned and controlled from Afghanistan. Both countries blame each other for harbouring Taliban fighters active on both sides of their 2,400 kilometre (1,500 mile) border, fanning distrust between Kabul and Islamabad, and complicating a peace process in Afghanistan.